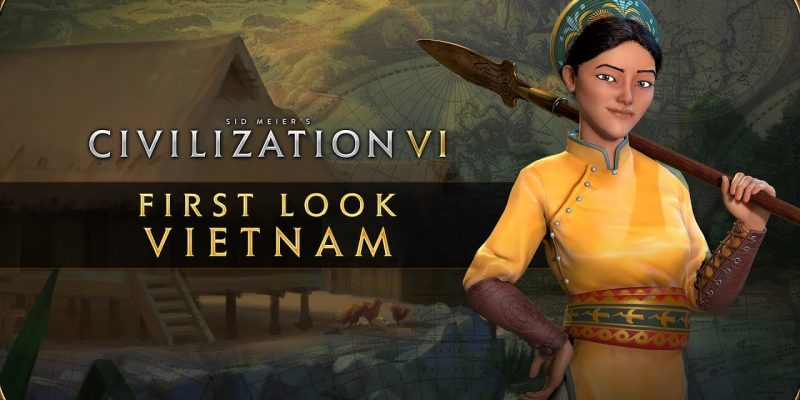 The new year is about to get more exciting for Civilization VI fans thanks to the next DLC that also happens to be part of the New Frontier Pass. The Vietnam and Kublai Khan DLC adds a new leader (Kublai Khan himself), a game mode centered on monopolies and resources, the Preserve district to help boost the appeal of tiles, and, of course, the nation of Vietnam.

Vietnam is led by none other than Bà Triệu, also known as Lady Triệu, a warlord from the 3rd century who managed to marshal her people through strife.  Against all odds, Lady Triệu resisted the occupation of Eastern Wu (one of the major factions during China’s Three Kingdoms period).

Vietnam and Lady Triệu boast uniques that emphasize mastery of the terrain and defensive warfare. The civ’s ability, “Nine Dragon River Delta,” prevents specialty districts from being built anywhere else but on specific terrain, but you do gain extra yields. Likewise, Vietnam can plant woods as soon as you get the Medieval Faires civic (normally, this is only possible after getting Conservation during the modern era).

As for Bà Triệu, the leader’s unique ability is called “Drive Out The Aggressors.” Units receive boosts depending on the tile. They get +1 movement/+5 combat strength in woods, rainforest, and marsh tiles, and +2 movement/+10 combat strength if within Vietnamese territory.

Vietnam also has the Voi Chiến and the Thành. The former is a unique unit that replaces the Crossbowman. These fighters on elephants have extra movement, sight, and strength, though the unit’s a bit more expensive to train. Meanwhile, the latter is a unique district that replaces the Encampment. It’s cheaper to build and it’s not a specialty district, meaning you’re not restricted by terrain types. Plus, it doesn’t require population to be constructed and it provides +2 culture per adjacent district; culture yields are added to tourism after you’ve researched Flight. 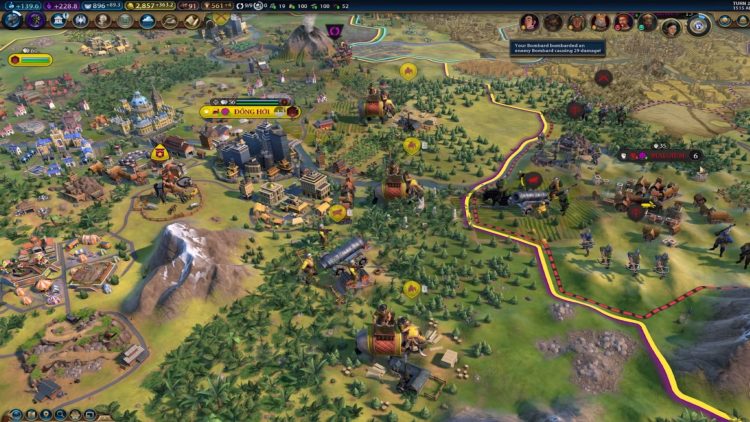 Vietnam and Lady Triệu have these interesting unique capabilities with a heavier focus on tactical defense and terrain cultivation. It seems Vietnam will be extremely tough to beat as the harshest terrain types in Civilization VI are the ones that give this faction an advantage. It’s likely a nod to the country’s tenacity in guerrilla warfare throughout history. Secondly, it’s the means of keeping old-growth forests (or planting new ones), synergizing with bonuses to culture, tourism, and appeal. You could even use the new Preserve district to help improve these.

Civilization VI: New Frontier Pass‘ Vietnam and Kublai Khan DLC comes out on January 28. You can watch the Vietnam and Lady Triệu reveal video below.