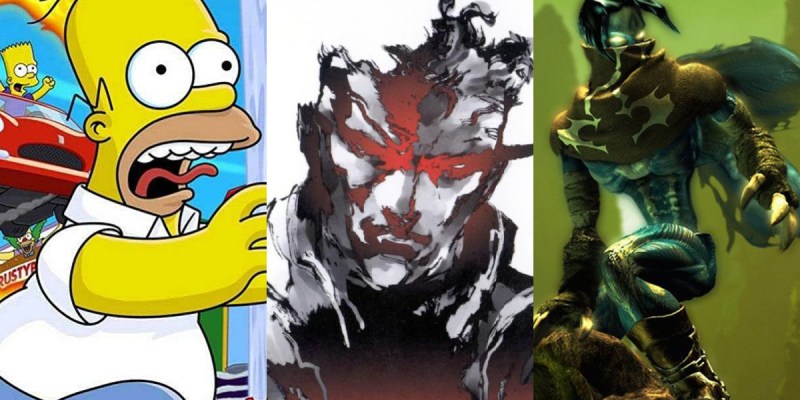 Remakes of games on PC are pretty commonplace in the video game landscape now. It feels like some of the most anticipated titles to be released each year are simply remakes of classics that players are yearning to try again, but with a fresh coat of paint. It’s a win-win for developers too, since these studios will already have a framework to build from, which should make development a little easier. On top of that, these games already have established fanbases. However, while games like Resident Evil 2 and Final Fantasy VII remake stand out for their wonderful reinventions of well-known classics, games like The Last of Us Part 1 invite discussion about whether a remake was truly necessary.

In the case of some games, players can feel like a PC remake was made for monetary reasons rather than genuinely modernizing a title that deserved the update. With that in mind, there are certainly older games that haven’t been lucky enough to receive any remakes just yet. We think the time is right for these games to return to the spotlight.

There’s very little in modern gaming that can scratch the itch left behind by the Legacy of Kain series. Single-player narrative-driven action games owe a lot to what this series achieved over the course of multiple games and its rich mythos. But Legacy of Kain: Soul Reaver in particular remains the fan-favorite entry. A fascinating tale, a sympathetic main character, and the ability to traverse two different world states made for a unique adventure that was more ambitious than other games of that era. Game Director Amy Hennig has even gone on record to talk about how that ambition led to some late levels being cut due to a lack of time.

Raziel’s journey of revenge against Kain took players through well-designed levels and blended narrative and gameplay together in a way that is still impressive today. Perhaps with a remake, the level design could shine even more, and the return of cut content could improve upon the original game. 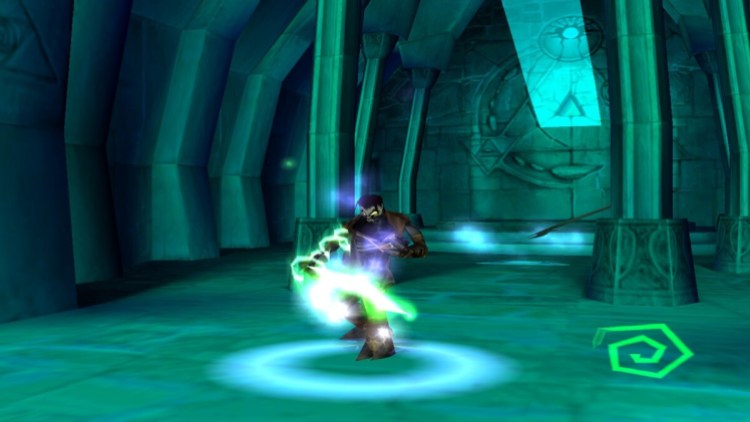 The series has been in a deep slumber for a very long time, but there have been new reasons to be hopeful about a revival. Crystal Dynamics, the developer that owns the rights to the franchise, was recently purchased by the Embracer Group. Embracer subsequently claimed that it wanted its newly acquired studios to make new games in legacy franchises. It wasn’t long after that Crystal Dynamics put out a survey to ask fans about what they would want from a revival of the cult classic franchise. Nothing is set in stone just yet, but this is more activity than the Legacy of Kain series has seen in a long time, and we need to see Raziel’s most famous adventure brought up to modern standards.

Horror games have been coming back with a vengeance recently. Games like Dead Space, Alone in the Dark, and Silent Hill 2 are all getting a remake on PC in the future, while narrative horror games like The Quarry continue to thrive. Resident Evil is still at the top of the food chain, and indie horror games like Inscryption and Signalis are more experimental. One horror series that didn’t get its due, despite multiple entries, was the FEAR series. It’s not often that horror games are so closely linked to first-person shooting mechanics, but FEAR was genuinely scary, despite players being armed and dangerous. 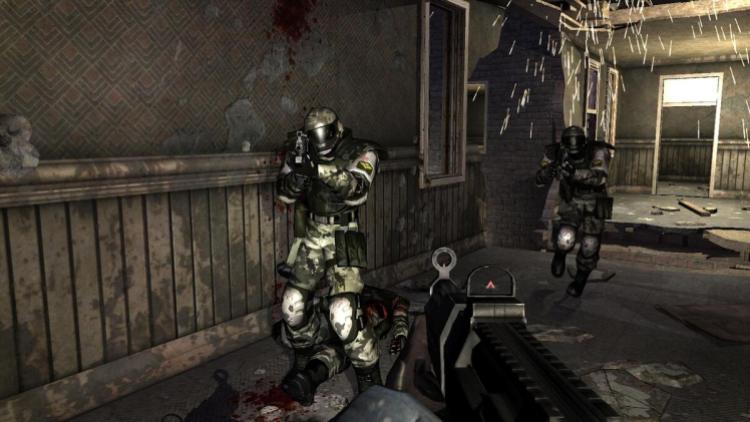 FEAR let players equip themselves with an assortment of weapons — and a powerful kick. They could also use Reflex Time to pull off some slow-motion shots, which were needed thanks to intelligent enemy AI that would respond to how the player was fighting. As Point Man, players were tasked with dealing with a supernatural threat in a psychological horror story where not all was as it seemed. A female psychic called Alma Wade induced some real scares. Considering how far graphics technology has advanced in the years since FEAR, it would be fascinating to see how the franchise could be modernized with more realistic lighting and new ways to make the atmosphere and psychological horror scary all over again.

All these years later, the impact of Metal Gear Solid is still felt. Hideo Kojima’s masterpiece changed what it meant for games to have a cinematic narrative. It essentially pioneered the stealth genre while doing so. The adventures of Solid Snake and his allies only became more famous after the first entry, but there are still so many fond memories of that initial adventure in Shadow Moses. It deserves to be brought back to life for a new generation to experience for the first time. 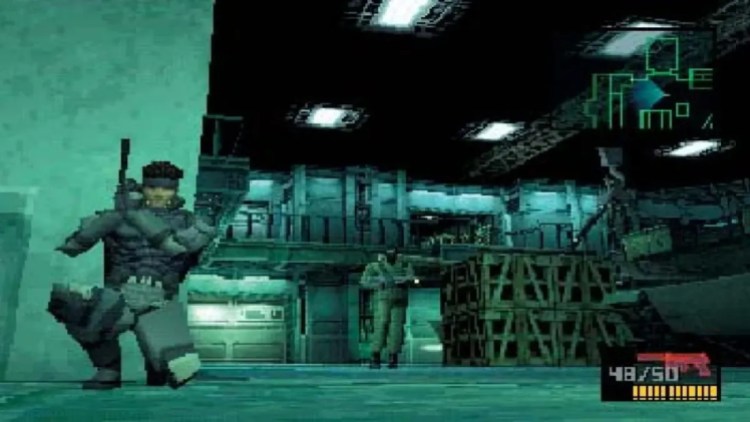 While there was an official remake in the form of Metal Gear Solid: The Twin Snakes, its focus on over-the-top action scenes felt like it was detracting from the original vision for most fans. Instead, a fully remade and faithful rendition of the original mission would be ideal. We got a glimpse of what this could look like thanks to a later section Metal Gear Solid 4: Guns of the Patriots. But imagining what a modern recreation of Shadow Moses could look like with current graphical engines sets the mind ablaze.

The elephant in the room is whether Kojima himself would have any involvement in this project, as the Metal Gear series has always had his distinct handprint on it. It’s difficult to say how well a Metal Gear Solid remake on PC could turn out without him or even whether fans would be receptive to such a thing, but Solid Snake’s first 3D adventure deserves to be retold.

The cyberpunk genre has been having a resurgence lately thanks to Cyberpunk 2077, but we mustn’t forget the classics. The seminal Deux Ex was a dystopian RPG set in a cyberpunk future with fantastic flexibility in how players could approach the adventure. As JC Denton, players fought against deadly groups like the Illuminati using first-person shooting, stealth, and dialogue choices. Skill points could help tailor gameplay styles to favor stealth, action, or a silver tongue.

Elsewhere, being able to complete objectives as you saw fit could result in crazy outcomes like killing villains far earlier than expected, and the game’s characters would even change their interactions with you to reflect this. Choices have ramifications in Deux Ex, and the depth of gameplay options available allowed players to accomplish their objectives with a gratifying sense of freedom. 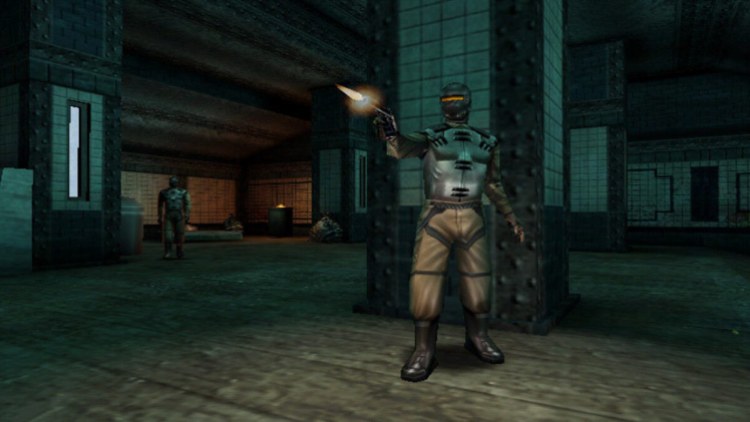 The series went on to produce numerous impressive titles like the two most recent entries featuring protagonist Adam Jensen. However, the original 2000 game still impresses with how far its branching options go. Its story regarding a society on a descent into chaos, a divide between rich and poor, and the impact of a pandemic would provide a lot of relevant narrative material to work with in a remake. However, while the narrative and gameplay options of Deux Ex are still impressive, one area in which it desperately needs a facelift is its presentation. Drab and dark industrial locations didn’t quite bring to mind the cyberpunk dystopia players imagined, and this could be the biggest area of improvement for a remake on PC.

The Simpsons have had an interesting history when it comes to games. Many fans of the long-running sitcom have their favorites, whether it’s The Simpsons arcade game or The Simpsons Game (based on the movie). Yet, The Simpsons: Hit & Run still stands out as a cult classic to this day. Hit & Run is, for all intents and purposes, a Grand Theft Auto clone, but that is by no means a bad thing. 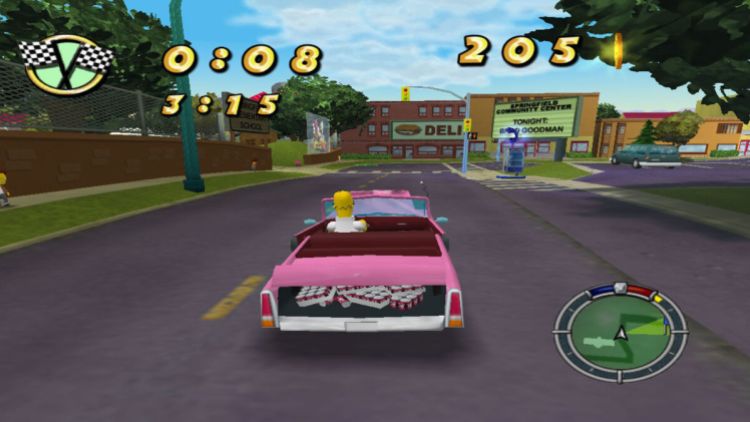 Across multiple locations from the show, the game let players take control of each member of the iconic family and go on missions involving just about every character you can think of. The trademark humor of the franchise was fully intact, especially with plenty of references to some of the show’s best gags. It was a joy to drive the various familiar vehicles around the open-world areas available to each character. Plenty of unlockables and humorous Easter eggs made it a blast to explore even beyond that.

The game was such a hit among fans, that there has even been a recent fan-made remake available as a PC mod online. Considering that other licensed games from that era, such as SpongeBob SquarePants: Battle for Bikini Bottom and Destroy All Humans! have since been remade, it isn’t out of the realm of possibility for The Simpsons: Hit & Run to receive the same treatment so long as the studios involved believe there is enough demand for it.

Remakes are everywhere in the video game landscape, from The Last of Us Part 1 to the upcoming Resident Evil 4. We hope that developers can also spare some time to revive some genuine classics that deserve the attention just as much.