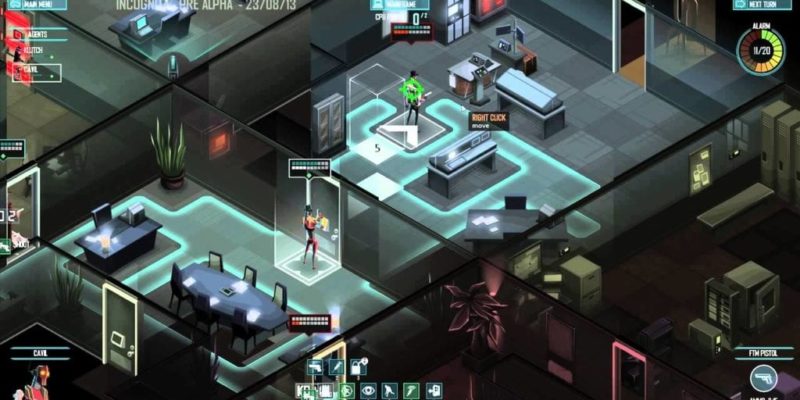 Psst! Are you after a turn-based tactical espionage game? Possibly one where you have to control a team of secret agents breaking into buildings, disabling security systems, knocking out guards, and making off with sensitive information? What about if I told you it’s by Klei Entertainment, the people who made Don’t Starve and Mark of the Ninja?

Well, if you are interested, I’ve got some freshly purloined info for you. Those shadowy types over at Shacknews spotted that you can pre-order the game now, and doing so will net you access to the alpha – as well as all future alphas, betas and the full version, as they come out. Your $19.99 will net you the game, plus the soundtrack, plus a copy for a friend. Not bad, eh?

Klei Entertainment’s technical designer has noted on their forums that this alpha is actually an alpha, and thus doesn’t have a lot of major features implemented. Our spies recorded what he had to say:

What the game will look like in this state is a single (randomly generated) level, with a few agents and little to no progression. The current Alpha build has most of our core tactical and strategic systems, as well as our engine, UI, procedural generation and so on, but is missing some major progression systems and missing most of our content, which will be developed as we get further along in the process.

Unbelievably stylish alpha trailer below. The full version’s out in 2014.