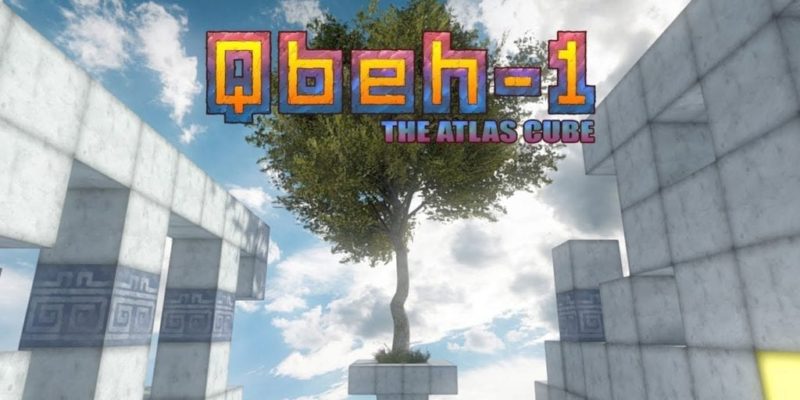 Get ready for your new addiction

This is the day that makes all the stress and sleepless nights of crunch-time worthwhile. The day when a small independent development team gets to see their first major release launch on the most popular and sought after platforms for PC gaming. Today Digital Tribe and Liquid Flower have announced the launch of  QBEH-1: The Atlas Cube onto Steam and other major digital distribution channels. With a suggested retail price of $9.99 USD, gamers everywhere will now get to experience the passionately crafted fun of QBEH-1: The Atlas Cube at a special two week long -25% off discount.

Qbeh-1: The Atlas Cube is an atmospheric first person puzzle/exploration game developed by indie developers Liquid Flower with music and sounds by Launchable Socks and based on a concept by Eero Turkia.

Players will be taken on an inspired quest through a variety of divergent worlds, each filled with new mysteries and secrets to uncover. In each world, players find special cubes that must be collected and used to navigate to the next portal. Some cubes will simply be used as stepping stones to new areas while others are imbued with magical properties such as gravity and propulsion.

QBEH-1: The Atlas Cube is a prequel to the much beloved  Qbeh, Liquid Flower’s small student project that found its way online and into the hands of gamers and journalists alike who wanted more after feasting on the appetizer. QBEH-1: The Atlas Cube builds on the core concept and aesthetics introduced in the original and brings even more polish, passion and gameplay into the new game.

The team at Liquid Flower were but the students when they released Qbeh for free on Desura, but now they are the teachers, showing the world they have honed their craft to a professional level and are delivering a gaming experience that everyone can get lost in.

Qbeh-1: The Atlas Cube released today, May 15, for Windows PC on Steam and other major digital distribution channels at a special 2 week discount of -25% off of the SRP $9.99 USD. Mac and Linux versions will release soon after.

Pay What You Want for Cubit the Hardcore Platformer Robot