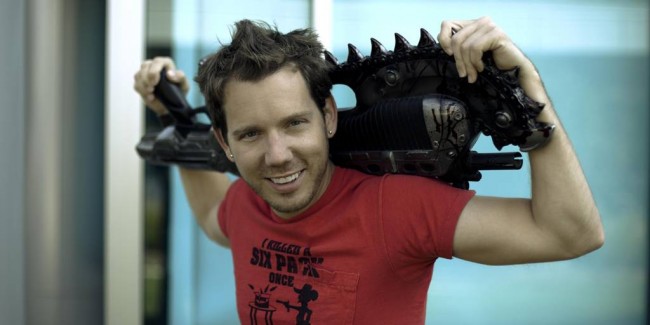 Epic Games has announced that Cliff Bleszinski, so often the public face of the studio, has decided to leave the North Carolina-based developer. Bleszinksi is probably best known for his involvement with the Gears of War series, as well as the Unreal titles, but also worked on more esoteric games like Jazz Jackrabbit.

Tim Sweeney, the founder of Epic Games in 1991 (back when it was Epic MegaGames), had this to say about CliffyB’s departure: “In 20 wonderful years with Epic, Cliff Bleszinski has grown into a true design luminary, and his contributions to the Unreal and Gears series have helped shape the game industry into what it is today.”

It’s not clear what Bleszinski will move on to next, or even if he intends to remain involved with videogames.

In a note to colleagues, he writes “I’ve been doing this since I was a teenager, and outside of my sabbatical last year, I have been going non-stop. I literally grew up in this business, as Mike likes to say. And now that I’m grown up, it’s time for a much needed break.”