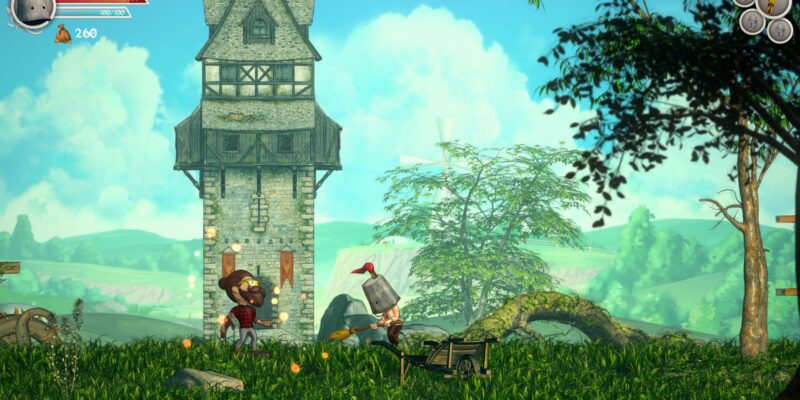 When Metroid-like games enter Early Access, they usually do so in chunks. We tend to get the first section of the game, followed by later additions. Clunky Hero, surprisingly, only kind of does this. You can technically play through the “whole” game, as it has a beginning and an end, but it’s missing a bunch of stuff in between. From the time I’ve spent with it, it’s a charming game that has some pretty annoying issues that I’d like to see ironed out during its Early Access period. With some polish and revision, this could be another Metroid-like success story.

Clunky Hero begins with our hero, Rufus, recounting his tale. His wife Brunhilde has been kidnapped by The Evil One and turned into a seemingly different woman who makes a duck face while taking selfies or something. To rescue her and return her to normal, he puts a bucket on his head, grabs a broom, and sets off to fight the bad guy and get his wife back. The game is packed with jokes and is clearly not meant to be taken seriously. Honestly, much of the dialogue is kind of awkward, although some of the humor lands in spite of it.

There’s a lot of riffing on the nature of Rufus’ mission, plus poking fun at the nature of side quests and whatnot. Clunky Hero is 2D and features lots of enemies to fight and platforms to jump in. I half like the way it looks and half think it looks really weird. Everything is pre-rendered, which makes the game look “cheaper” than it would otherwise. In my time with the game, I explored to the right and to the left. The right led to a wasteland that I didn’t have the proper abilities to get to. The left led to a forest that eventually ended in a dead end. 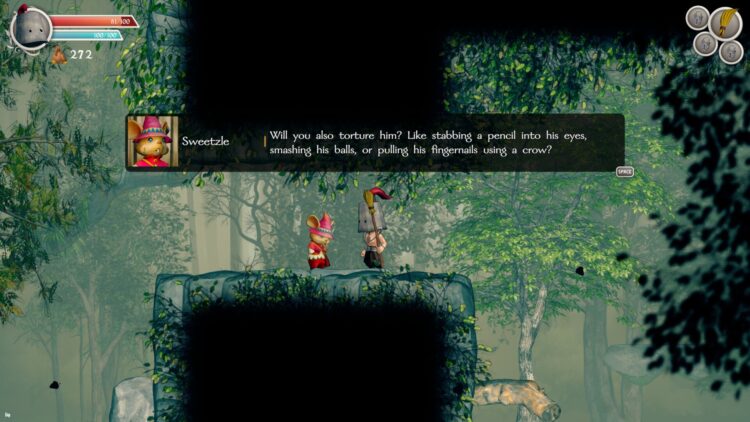 Things that go clunk in the night

Once hitting the dead end, I fast-traveled back to the start and had literally zero idea of how to move forward. I picked up a few quests while talking to people, one of which rewarded me with a new weapon. The levels in Clunky Hero are simplistic and areas lack a sense of place. The combat is all right, but I don’t like how attacks have such short range. Enemies are also mostly super easy to fight, as you can stunlock them until they die.

There are a handful of things about Clunky Hero that I really think need some changing. For one, you don’t heal at save points. You have to burn through healing items instead. There’s no invulnerability time after getting hit, either, so you can be hitting an enemy and moving forward bit-by-bit because your attack inches you onward, and then take repeated damage as you collide with an enemy character model. This feels kind of awful, so I really hope invulnerability after hits is added. Save points are often quite far from one another as well. The worst thing, though, is how maps work.

You don’t fill in the map like in most similar games. Instead, you have no map at all unless you find a map for that specific area, which gives you the entire layout. There’s a world map you can access, but it’s so tiny that I found it useless. Clunky Hero has some potential, but these shortcomings really held the enjoyment back for me. Still, the developer estimates that the game is only around 30-40% complete, so there’s a lot of possibility for growth. Here’s to hoping community feedback makes this an adventure worth going on. 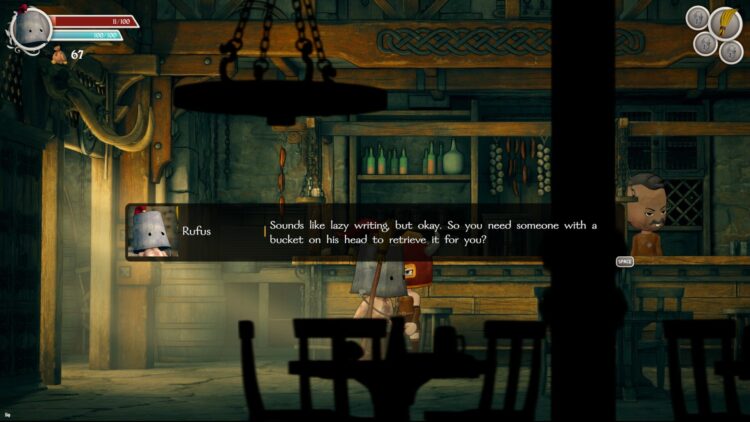