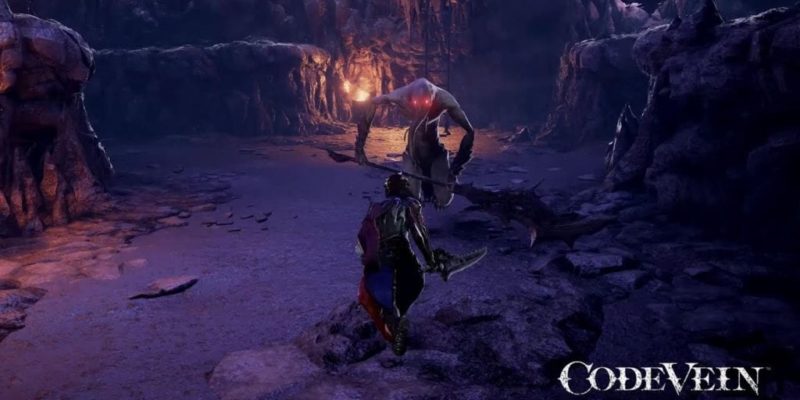 Bandai Namco’s third-person, maybe-Souls-like title Code Vein got another airing at the Anime Expo in LA this weekend. The gameplay shown is not dissimilar to the stuff released for E3, but does feature a different environment.

The same tall, pale enemies with proboscis noses appear once again, and have the same rather ponderous move set as before. Code Vein isn’t due for release until 2018, so hopefully they’re just dropping sample enemies in completed level slices at the moment. We probably shouldn’t take this as indicative of enemy variety or quality just yet.

The level itself appears to be a cavern, but gradually migrates into looking like an old parking garage. See the video, below. As mentioned, the game is due next year. It’s being developed by Bandai Namco’s God Eater team.