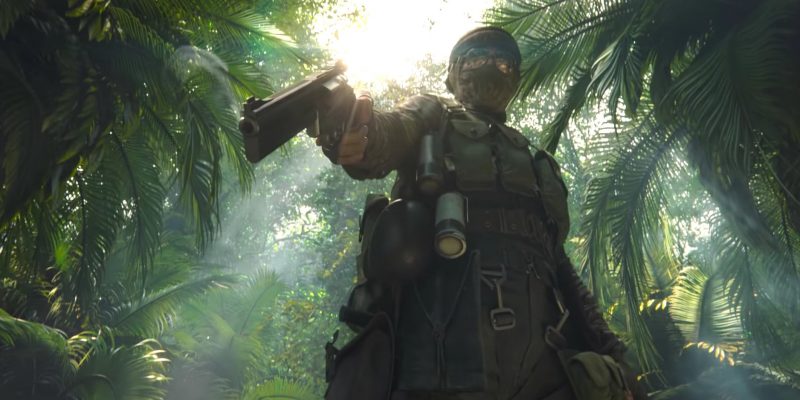 The Call of Duty universe hasn’t been one for telling long or complicated narratives. That is, unless you count the Black Ops games. These titles usually weave deception and mind control into their complex stories. And since the release of Call of Duty: Black Ops Cold War, those traits have bled into Call of Duty: Warzone, Activision’s battle royale title. Warzone Season Two is fast approaching, and a new cinematic trailer revealed more of its confusing story along with what could be the game’s next map.

Season 1 of Black Ops: Cold War and Warzone introduced us to Stitch, an ex-KGB leader and the nemesis of Russell Adler. Season 1’s cinematic trailer also unveiled Rebirth Island, where Stitch formerly assisted in the production of a deadly chemical weapon, Nova 6. The trailer for Season Two continues the conflict between Adler and Stitch but moves the scene to Laos. This time around, Woods, another face from the Black Ops games, is pursuing a magnum-wielding man named Naga.

New operators and a new map

The Season Two trailer for Warzone also introduces a ton of new faces. Though unnamed, there are two characters who stand out in particular. One, a man sporting a gator-tooth bracelet and nets over his arms hops out of a helicopter with a minigun. Another, a woman sporting a colorful headband, nose piercing, and crossbow, flees from enemies before calling in assistance. It’s likely that we’ll see these characters, along with Naga, debut in-game as playable operators.

Likewise, Season Two of Warzone is sure to debut a new map. Like Season 1, today’s trailer gave us a good hint at where that map will likely be: in Laos. While nothing is confirmed yet, I could easily see the next map putting players straight into the jungles. However, we’ll have to wait until Season Two officially starts on February 25 to find out.