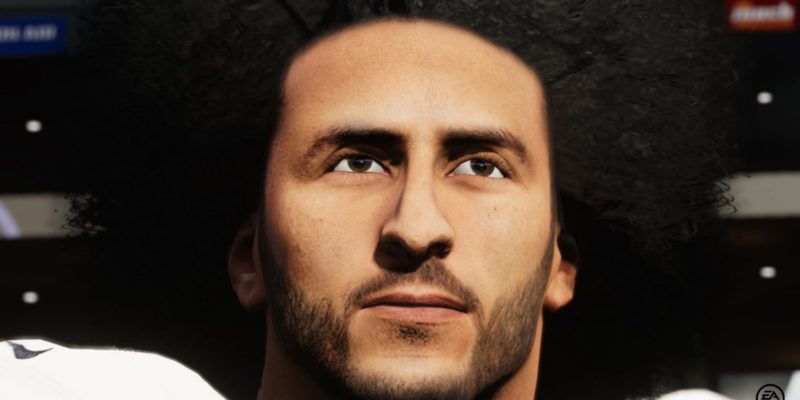 With EA’s Madden NFL 21 arriving on Steam day and date for the very first time this August 28, it has been a big change for PC players that are fans of American football. With the real thing returning soon, there is no better time to enjoy the athletic plays that take place on the gridiron. Now, we are getting a somewhat familiar face back in the game. NFL quarterback Colin Kaepernick is now available in Madden NFL 21 as a free agent for new franchises in the game’s Franchise Mode. In fact, he is the highest-rated free agent QB in the game at an 81 overall rating.

“Based on Kaepernick’s prior on-the-field performance, combined with our data-driven EA Sports ratings simulations, Kaepernick is an 81 OVR, which takes into account that he has not taken the field since 2016,” an EA blog post explained. “When Kaepernick was a healthy starting quarterback he was rated 89, 89, 81 overall and known for his strong touchdown-to-interception ratio, mobility, and playoff performances.” 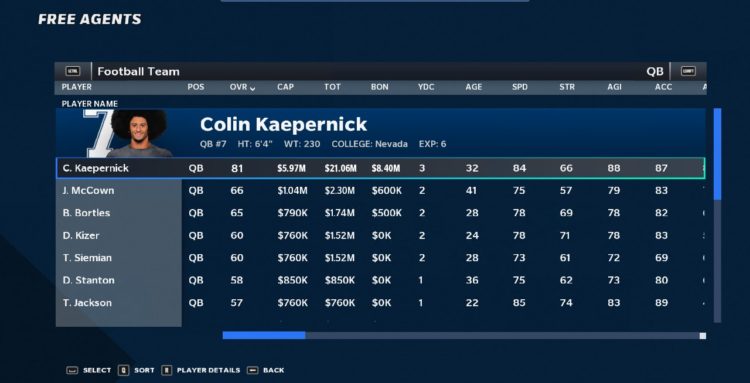 That is not all that is happening in Madden NFL 21 in terms of Kaepernick. The Yard mode will also add the “Nike Kaepernick Icon Jersey 2.0” for free to all players. The player will also come with his own unique in-game celebration. “Following a big play or touchdown, you will see Kaepernick raise his fist as a symbol of Black Power when you choose to celebrate with him, as he did during his last season.”

These additions were done with consultation with the man himself. EA approached Kaepernick directly about his return to Madden NFL 21. Him sporting the afro and the unique celebration were the results of that. It is some sort of turnaround for Kaepernick since the 2016 controversy. Kaepernick knelt down during the singing of the national anthem in protest against racial injustice and police brutality. The repercussions were swift and heavy, and Kaepernick has not been signed since.

It is not the only big change that has come to Madden NFL 21. A day-one patch also changed the name of Washington’s football team to, well, Washington Football Team. This follows the growing concern of the former name being a racial slur against Native Americans.