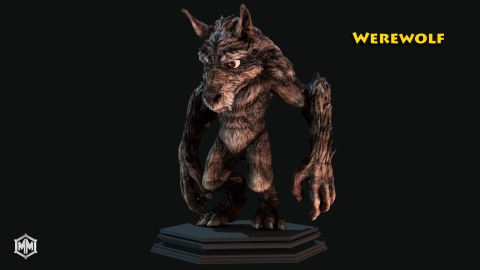 BitFlip has released a new trailer for its in-progress PC title Minion Master, which looks to fuse the mechanics of collectible card games with tabletop miniature battles in digital form. Players control armies of ‘minions’ (summoned with a customisable deck of virtual cards) on a hex-based board, and meet in battle with up to five others.

Both co-op and multiplayer ‘versus’ mode are planned, along with a “constantly expanding” set of minions to command. It’ll have a level editor bundled with it, too.

If you pre-order the game before 31 July, it’s possible to save 25% on the $20 USD retail price. Get your order in before 2 September and you’ll also receive a special, in-game character.

People who’ve pre-ordered also get instant access to the (current) Alpha and (future) Beta builds of the title, which means you get to mess around with minions like the werewolf (pictured above).

Minion Master will be playable at PAX Prime 2012 in Seattle, which kicks off on 31 August and runs until 2 September. See the accompanying trailer, below.