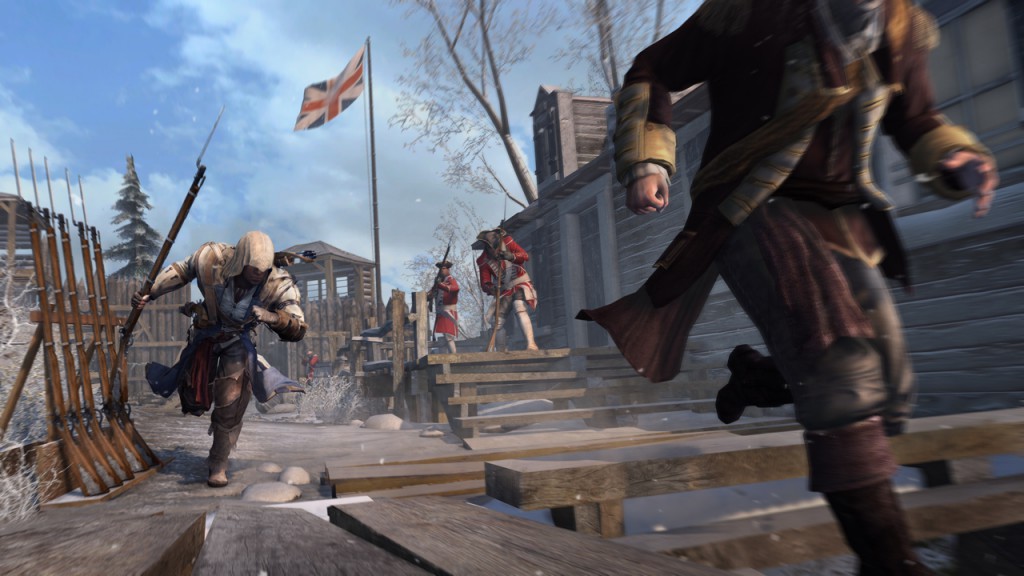 Plenty of details about Assassin’s Creed 3’s multiplayer mode have been been released up to this point, but this is probably the first comprehensive trailer to combine all that information in one bite-sized chunk. In the footage below, you’ll see short segments from the game modes (Deathmatch, Wolf Pack, Domination), glimpses of a few of the maps (the Virginia plantation one is new to me) and many of the playable characters (from carpenter to native american warrior).

The video also touches on a few of the abilities (like a coin toss that can reveal your opponent in a crowd) and perks that will either be introduced or making their return from previous Assassin’s Creed multiplayer outings.

Not long to wait for the game itself, which is released on Xbox 360 and PS3 at the end of this month. A slightly longer wait if you’re a PC owner, as this version is due in November.