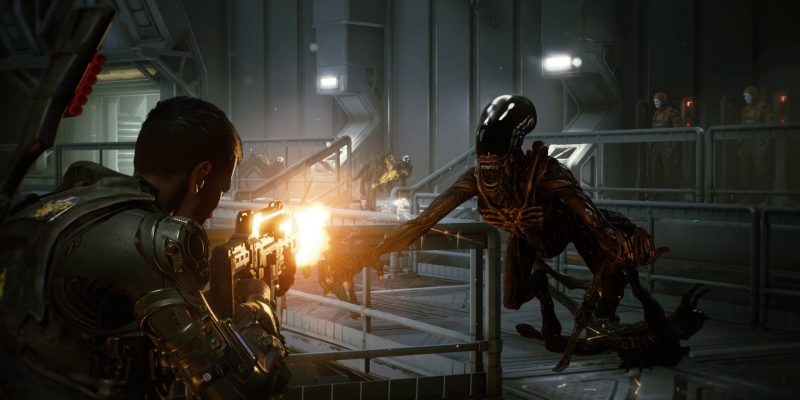 I’ve been around long enough that when I see “Colonial Marines” and “Aliens” in the same sentence, I feel a bit anxious. It’s not anxiety brought about by the idea of playing as a Colonial Marine fighting Xenomorphs — it’s that I already have, and it was terrible. Of course, it was also occasionally funny. It’s been nearly a decade since Aliens: Colonial Marines hit the ground with a wet plop, but it appears we’re set for a redo. A collaboration between developer Cold Iron Studios and 20th Century Studios, Aliens: Fireteam was (perhaps cautiously) announced earlier today. The co-op, third-person shooter is heading to PC via Steam this summer.

Aliens: Fireteam, however, doesn’t share many connections to the previous mess, outside of their shared fictional universe. The game is being developed by Cold Iron Studio as its first project. It’s also a third-person, co-op survival shooter, similar in vein to games like Left 4 Dead. You are a part of a three-person squad of Colonial Marines, banded together to fight off Xenomorphs crawling over ceilings and walls. And, of course, they all want you dead. Or as incubators for their offspring. Whichever comes first.

You and your team are well equipped for the mission at hand. Aliens: Fireteam includes many of the staple weapons, such as the pulse rifle, flamethrower, and M56 Smartgun. According to Cold Iron, weaponry can be customized and modded, likely to suit your playstyle. There’s also character progression, and “innovative advancement systems” which sound great on paper, but probably means you can choose faster reload speeds. A Challenge Card system in the game will allow you to modify your playthroughs.

They mostly come out at night

Aliens: Fireteam likely won’t tie into the films. It takes place 23 years after Alien 3. As things are wont to do when it comes to the franchise, your team is responding to a distress call from “outer colonies.” You leave the safety of the USS Endeavor to investigate, and, naturally, are left to survive against the writhing masses, as well as some rogue synthetics.

“With Aliens: Fireteam, you and your friends will experience stepping into the boots of a squad of hardened Colonial Marines fighting in the ultimate battle for survival,” said Craig Zinkievich, head of Cold Iron Studios. “This is the action game Aliens fans have been waiting for – hordes of different Xenomorphs swarming over ceilings and across walls, surrounding your team and striking from every angle.”

Aliens: Fireteam will launch this summer on PC via Steam.