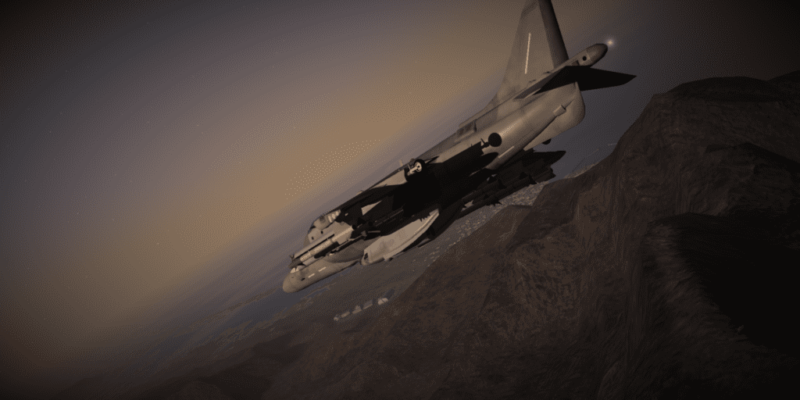 There’s been a sever lack of decent flight sims on the PC in recent years so it’s refreshing to see one appear on Kickstater.

Combat Air Patrol 2 from developer Sim155 places buddy fighter pilots in the set of an AV-8B Harrier II and will have them flying missions over the Strait of Hormuz.  The game was Greenlit on Steam last year and is slated to hit Steam Early Access later this year.

Sim155 have launched a Kickstarter to help get this game polished and add more features such as multi-player, VR support, Satellite imagery, and pro voice recordings.

The dev team are looking to raise a further £70,000 and there’s 23 days left on the Kickstarter which means it could make it. With a severe lack of decent combat flight sims on the PC that can utilise the latest hardware, this is one game we hope to see reach its goal because it’s sorely needed.