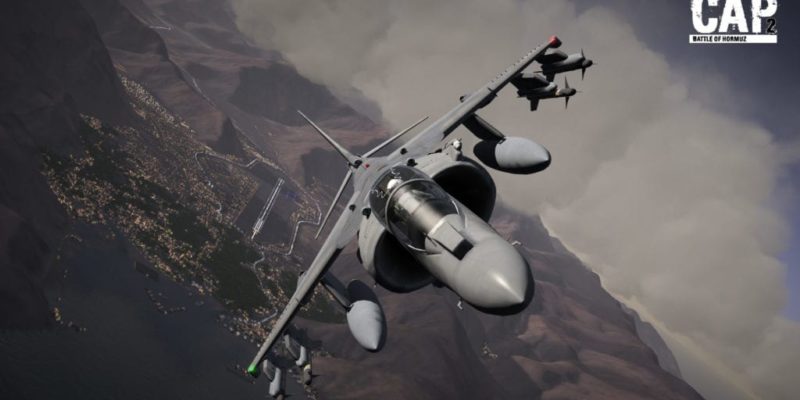 Sim 155 have been busy working on the tasty looking Combat Air Patrol 2 and this a new patch has been released. This latest update adds new features and addresses a stack of bugs.

Improvements made in the v812.1 patch includes animated cockpit controls, full control over the interior and exterior lighting, four HUD modes and more. There are also VR updates such as optimisations, gamma control, and updates to the latest API versions. The list is quite lengthy but they have been taking their time working through all the technical details for the aircraft which is great to see.

The update also mentions that the team is now finally getting to work on the campaign mode and there will be multiple campaigns when the game is completed. Smaller campaigns and operations will be added first such as neutralising island bases and enemy threats.

Campaigns will also be simulated minute by minute with the ability to accelerate time when there’s a slow period of action. Players will be able to disable the time acceleration if an event such as new radar contacts, enemy proximity to assets, distress calls, and more occur.

Other details mentioned include the ability to switch to a 3D view of any of your assets (carrier/aircraft/ships/drones) at any time. There will also be a limited number of airframes, and if you return to the ship with damage, that airframe will be unavailable for a time depending on the amount of damage that’s been taken.

Combat Air Patrol 2 will have been in Early Access for a couple of years this June and it will only really turn around once the campaign elements go in. It is looking pretty great though and even without any campaign to speak of yet I’ve been enjoying getting to grips with the flight model and trying to perfect carrier landings which are not easy. So far Sim 155 is doing an excellent job with Combat Air Patrol 2 so keep an eye on it and check the latest patch notes for this update.