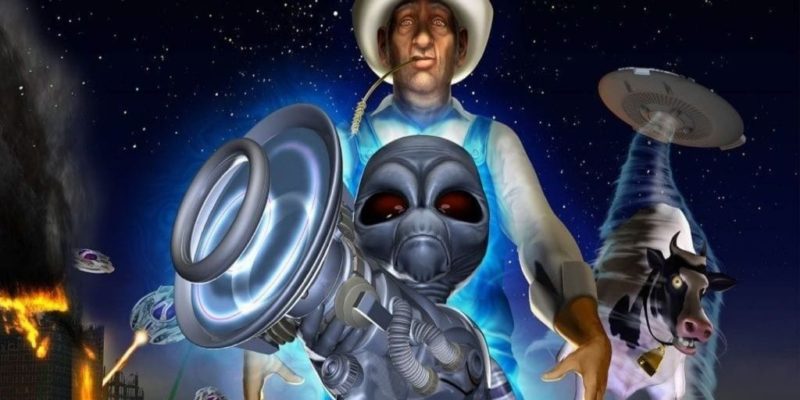 THQ Nordic has announced a remake for the early 2000s title, Destroy All Humans! The reveal trailer features none other than German metal band Rammstein. Studio Black Forest Games will handle the remake.

Destroy All Humans! is a quirky third-person shooter that bears resemblance to 1950s era America. The game takes all of its influences from bad science-fiction movies from that time. Imagine the aesthetic of XCOM, and add in some goofy, third-person shooting segments. The game wears its sense of humor rightly on its sleeves, and the Rammstein music is an oddly perfect fit for the game.

The gameplay features other segments such as the psychokinesis ability. This allows the player to manipulate objects by moving them with his mind. More interestingly, however, is the ability to hypnotize humans or completely transform into them altogether. You have to love that kind of comical nod to 1950s America. Aliens pretending to be human and mixing into the population reflects the pop culture from that time. Those sort of B-movies have always been ripe for parodying, and Destroy All Humans! is notable for doing just that.

THQ Nordic’s announcement comes fresh after their reveal of SpongeBob SquarePants: Battle For Bikini Bottom – Rehydrated. Both SpongeBob and Destroy All Humans! will contain content cut from the original version. These two titles present a lot of cartoony humor, too. A part of me wonders how Rammstein would sound while playing SpongeBob instead of Destroy All Humans!