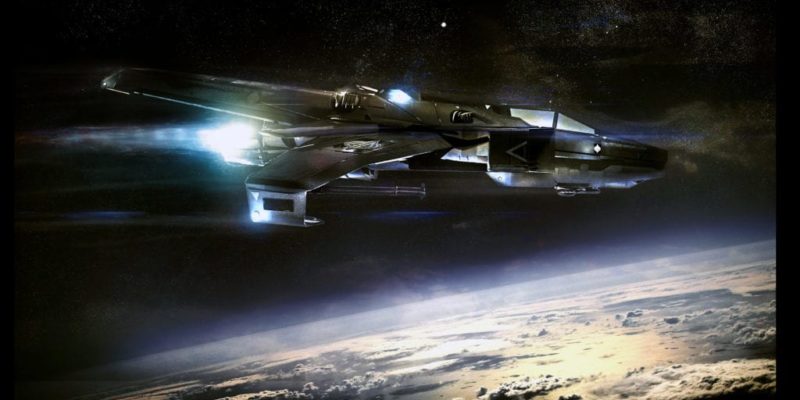 At the weekend Cloud Imperium dropped into ComicCon to explain Star Citizen during a panel session. While much of what was covered was the basics people have probably heard before, there were a few nuggets of info worth noting.

CIG are planning to show multiple ‘multicrew’ ships in action at GamesCom, and Arena Commander 2.0 will be released shortly after GamesCom concludes.

Arena Commander 2.o will include a new, larger map for free flight testing to accommodate the larger muticrew ships. Chris Roberts says this is a game changer as they move them into the persistent universe part of the game.

Squadron 42, which is the single player game set in the Star Citizen universe, was described as the “entry point” to the game to learn the game mechanics. Roberts says that Squadron 42 is bigger than any Wing Commander title, mentioning that the script is currently around 670 pages long. He also claimed it will be more vivid and emotional than any games he’s done in the past. More details on Squadron 42 will be revealed at GamesCom next month.

According to Roberts, Squadron 42 will be the equivalent to any $60 AAA title, so we’re expecting the production values to be extremely high.

Today the game reached $85 million in funding despite recent concerns over the game’s progress. With so many backers involved now CIG really have to prove themselves in the months ahead.