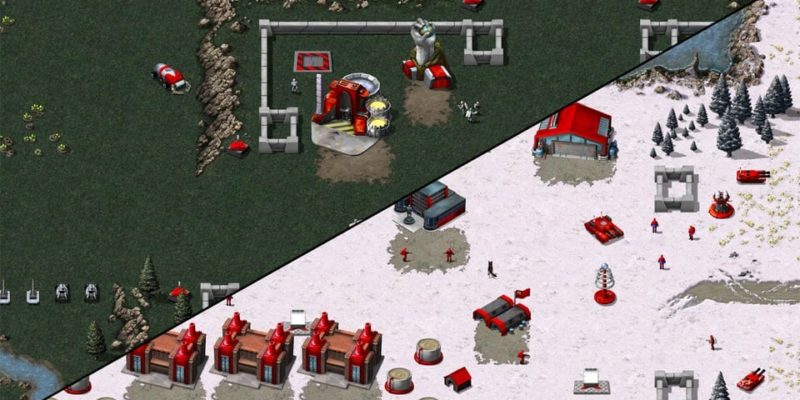 Command & Conquer: Tiberian Dawn and Command & Conquer: Red Alert hold a special place in strategy gamers’ hearts. They hold a special place in the developers’ hearts, too, since former Westwood Studios team members at Petroglyph Games are hard at work on remastered versions of both games. A Redditor, u/mohmahkat, noticed an image on Petroglyph’s website and posted it to Reddit so that gamers could revel in its 4K glory. Take a look below.

It’s just one image, but it gives you an idea of what you’ll be looking at when you dive back into Command & Conquer: Red Alert Remastered. The images are sharp and clear, and every sprite has increased detail. The graphics aren’t groundbreaking by any means, but you’ll be able to play in 4K. Some of the iconic Red Alert units and buildings stand out. Redditors and journalists both seem to be obsessed with the swirly ore, and with good reason.

If you’re dying to get an idea of what the game might look like in action, then check out Petroglyph’s slider for the remastered version of C&C, which compares the new HD version with the old visuals from yesteryear. You can also check out a video released late last year.

The gang is back together

At first, Petroglyph and EA set out to remaster Command & Conquer: Tiberian Dawn but noted that fans were passionate about Red Alert. So it added that to the list, as well. In addition, the classic expansion packs such as Covert Ops, Counterstrike, and Aftermath will be bundled into the remastered collection. And it’s important to note that there will be no microtransactions.

Petroglyph includes several developers that worked on the original Command & Conquer. Former Westwood alumni include Joe Bostic, the co-founder of C&C; Steve Tall, the lead programmer on Red Alert; and Frank Klepacki, who will be composing a remastered soundtrack for the remastered collection. One of the original EVA voice actors will be returning as well. It’s great to know that some of the minds who helped make the original C&C so great are working on the remastered edition.

There is no current release date for C&C: Remastered.

The 7 Coolest User-Created Mods Of All Time