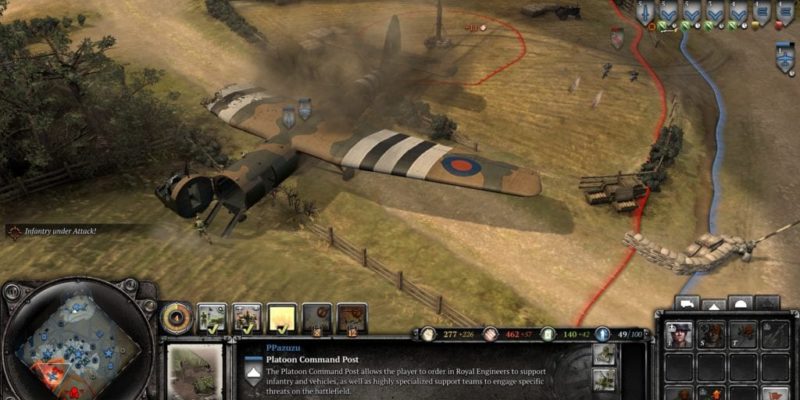 As mentioned at the conclusion of our impressions piece on the upcoming Company of Heroes 2: The British Forces expansion, we’ve got a couple of thousand trial period keys to give away to eager recruits.

One of these keys will give you access to The British Forces on Steam, for free, starting 31 August at 10am (Pacific) and self-destructing on 2 September. That’s just before the faction’s full release on 3 September, giving you a few days to sample what it offers.

During the trial period you’ll be able to mess about with everything mentioned in the preview piece linked above, including all 15 new British units, six commanders (and attendant doctrines), and the eight multiplayer maps the British will be bringing with them to company of Heroes 2.

To get hold of one of a Company of Heroes 2: The British Forces trial key from us, all you need to do is undertake an action below and your key will be provided. Besides, you should be following us on Twitter and also become part of our new Steam Group.


Just Cause 3 gets destructive in this new video