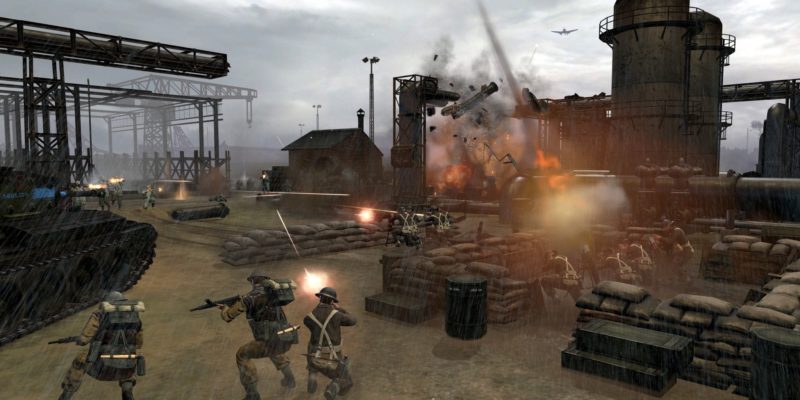 The latest standalone multiplayer expansion for Company of Heroes 2, The British Forces, will have a limited free trial period before its release on 3 September.

The trial (and well done to Relic for not calling this a “beta”) will include everything in the British Forces expansion; 15 British units, six new commanders (though three of these need War Spoils/DLC payments to unlock – it’s not clear whether they’ll be available from the off in the trial) and eight multiplayer maps.

Company of Heroes 2: The British Forces will sell for $13.00 USD / £10.00 GBP as either a standalone package (which will allow people to use the Brits in CoH2 multiplayer and play against the other factions through matchmaking) or as an addition to the base game. People who already own Company of Heroes 2 will get 20% off the retail price. It also has 10% off during this pre-order period on Steam.

Here are some new images of the magnificent British in combat action on the new maps.