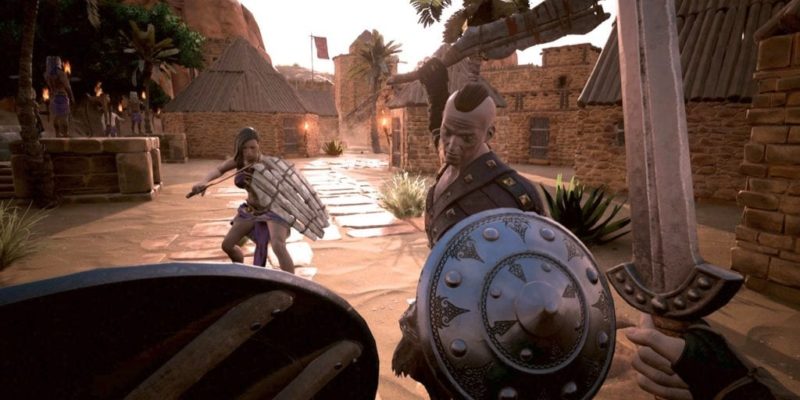 Funcom’s new Conan title Conan Exiles will be coming to Steam this September.

The game will launch as an Early Access title on 13 September and the Steam page has now gone live in advance. Funcom CEO Rui Casais has this to say:

“We’re very excited (and a bit nervous) about launching our first Early Access title, The team wants to give the players the best possible experience, and while we are used to working on a game for several years before letting players in, this time around we will let players in just nine months after development started! As with any Early Access games, some features and content will be more finalized than others, and players will be able to help us focus on whatâ€™s important to them so that we can improve the game and flesh out content and systems before full launch.”

The open world survival/building/combat game might do quite well and some pre-alpha gameplay footage can be seen below. It looks a bit rubbish right now but it should improve as time goes on.

Skyrim: The Definitive Edition Is Coming