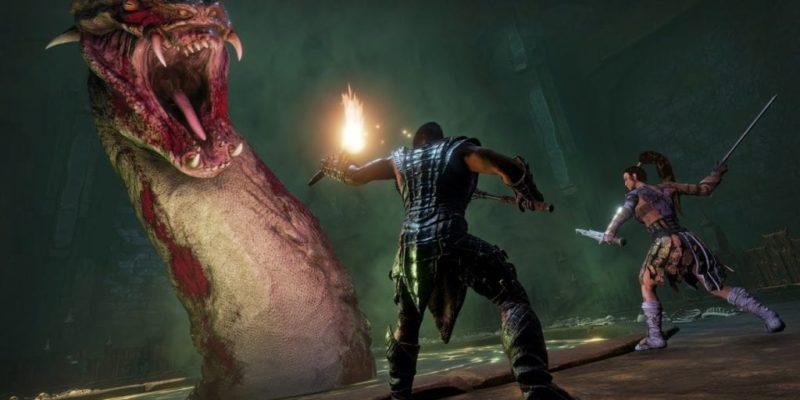 Funcom has kicked out the latest update for Conan Exiles, update #24, which comes with a new dungeon.

The new dungeon is called The Dregs and players can now explore these dark sewers which sound and looks highly unpleasant. The dungeon is activated by performing a “grizzly ritual” and once inside there are new monsters and an obligatory final boss called the Abysmal Remnant. This sewer dungeon features levers which flood chambers and figuring these out is part of the puzzle to progress.

Update #24 also comes with new gear and recipes which can be discovered in the new dungeon. New armour can be crafted from reptiles found within The Dregs. There’s also a new sword and dagger as well as bolts and arrows.

The Dregs has been designed for mid-level characters between level 10 and 20.

The video below shows the new content and the acid spewing creature at the end of the video is the final boss which fittingly looks like a giant poo-snake.

Check out more on the official blog.