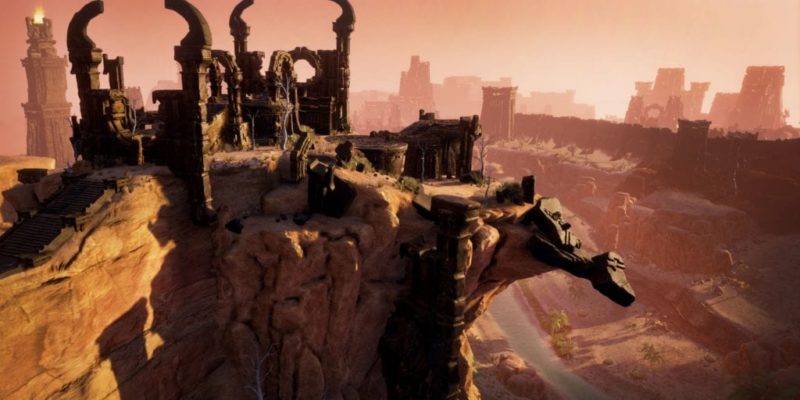 The latest patch for Conan Exiles, released today, addresses a couple of long-term exploits in the game. Notably, the exotic ability to repeated harvest your own body is no longer viable.

FunCom have also put a stop to funny business with exploding jars. You can still jump on top of exploding jars, but there will now be “consequences” (an explosion, you’d imagine). The alternative attack for the Pike weapon has been temporarily disabled while they look into that particular exploit too.

If you’ve already started downloading this Conan Exiles patch through Steam, you’ll have noticed it’s 14GB in size. That’s not a mistake. FunCom say “Graphical materials and textures were re-calculated in this build, which will result in a large download size” and that they’re sorry about this.

Here’s the full changelog for 02.03.2017. Servers will have to be updated accordingly.

Battlefield 1’s They Shall Not Pass DLC gets a trailer