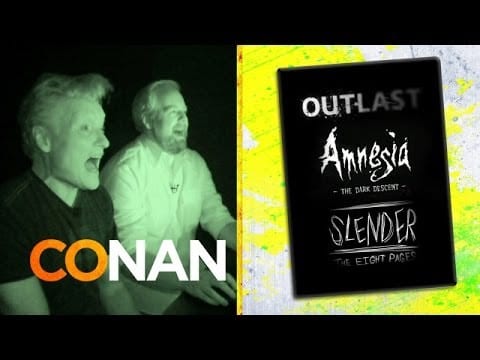 Conan O’Brien’s latest edition of the Clueless Gamer takes a look at some of the scarier PC games in this special Halloween edition.

His grasp of PC controls and the concept of Slender is quite funny blaming the game’s weirdness on being European. He also poked a few holes in the concept of Amnesia but Outlast at least raises a few screams in between the banter.

Outlast was pretty creepy and you can also watch Tim’s experiences of that when it was released.