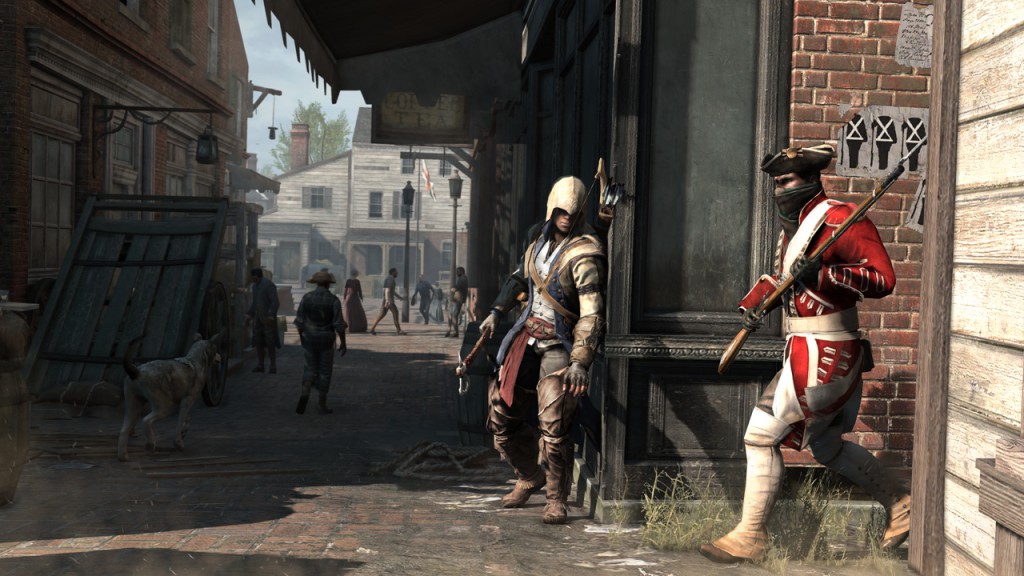 Poor videogame protagonists; they never have a normal, relaxed life. There’s always something like the death of a family member or partner, a dark past or, as in the case of Connor from Assassin’s Creed 3, a crappy childhood. At this rate it wouldn’t surprise me to learn that Mario was locked in a cupboard by his parents in Nintendo’s next outing.

Anyway, Connor has had to put up with seeing his village burned to the ground and (presumably) all of his family killed. Then he gets thrust into the order of the Assassins and embroiled in hostilities between colonial American their imperial British rulers. It’s a hard life.

Learn more about our hero in the trailer below. Assassin’s Creed 3 is coming to PS3 and Xbox 360 on 31 October,  to the PC on 22 November and to the Wii U on 30 November.

Plot your path to revenge in this interactive Dishonoured trailer