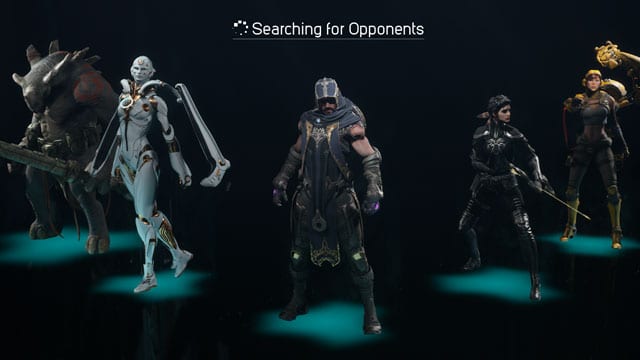 This weekend has been a mix of work and a copious amount of Paragon play for me, and it’s been great. Well, it was great until late last night.

Having chalked up three great victories in a row in Paragon last night, it was getting to the early hours of the morning when I decided a couple more games wouldn’t hurt. After selecting the wonderful Gadget, a team of five was created by the matchmaking system and all was looking good.

The game started quite well and the first 20 minutes went reasonably okay, until I noticed the other team was starting to hammer us. Not paying too much attention to the deaths on our team, I noticed I was getting less support from my teammates. All of sudden the “Vote to Surrender” message pops up with two votes for yes.

Now, I never quit a game of Paragon, even if my team is getting pummelled. It’s just not sportsmanlike. Naturally, I voted no, not least because earlier in the week a couple of teams I’d played in had managed to snatch victory from the jaws of near-certain defeat. 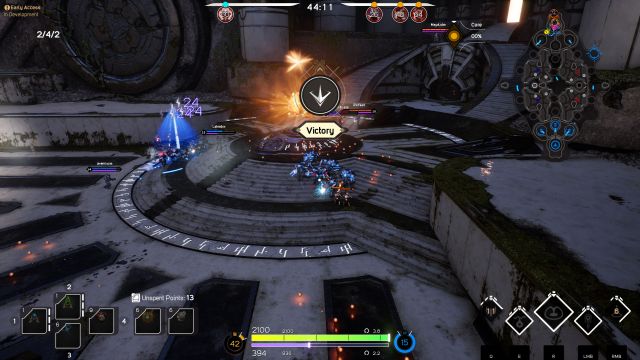 After being killed a couple of times and respawning back at HQ, I noticed one character – in this case Murdock – just standing there. So I message the team and ask if they had noticed. I get a reply of “Dude, how come you hadn’t noticed?” I pointed out it was bad form to just stop playing if you start losing and that I “hadn’t noticed” because I was so engrossed. The response I got explained it all.

“There is no point playing on, we are all on console”.

I was the only player on the team playing on a PC. All of my other four teammates were playing on the PS4. After checking the character levels I noticed that all four players on my team were numerous levels behind the opposition players. This is really bad news for a team.

Now, I am always up for some cross-platform play if there’s little difference between playing on a console and a PC. A game that plays the same on the PC and console with a controller is great… but it’s becoming more obvious in Paragon that PC players do have an advantage. Although not a straight-up shooter, Paragon does require a steady aim and some quick movement depending on which character you’ve chosen. This leaves some console players at a distinct disadvantage.

Gadget is my character of choice right now.

I was seriously disappointed the game turned out like it did. My winning streak was over and I felt really let down. Just over 20 minutes of play and everyone wants to quit knowing they have no chance, simply because they are playing on a PS4.

Epic are proud that PS4 and PC gamers can play together; it’s one of their big features. Sadly, it appears that it’s not entirely a level playing field. Not all console gamers are happy with cross-platform either, with some PC players spamming the chat and generally goading them.

Perhaps I was just unlucky in this particular matchmaking round? Perhaps. But Epic should be looking at adding an option so PS4 players can play with other PS4 players only, PC players with other PC players, or an option to play mixed. Rocket League has the option and so should Paragon.

The Paragon matchmaking still needs tweaking and Epic still has work to do with the game; it’s still in Early Access, so it’s far from perfect, and the player base isn’t as large as it eventually will be. However, I do hope they address this sooner rather than later. But in the meantime, I’ll keep playing to improve my rather mediocre skill level.

I Am Setsuna Release Date and Teaser Trailer Revealed

By Jason Rodriguez19 hours ago
Features

By Nicholas Montegriffo6 days ago
Features