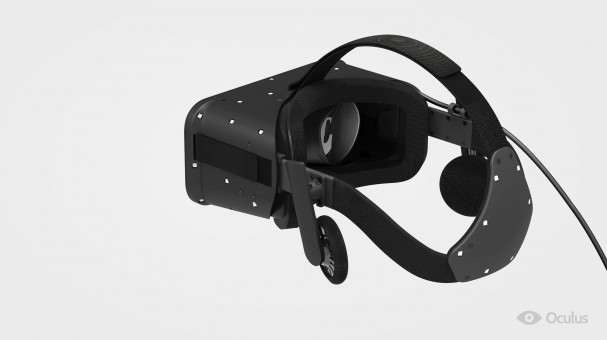 Is the Oculus Rift really close to being consumer ready? Oculus think so.

We’ve talked a lot about the Oculus Rift in the past couple of months, and although we’ve only been playing around with the DK2, it still feels that there is quite some work to do. That’s not the case according to Oculus CEO Brendan Iribe who was talking at Web Summit 2014 in Dublin.

Iribe says that the the Rift is “close” and that the Crescent Bay version of the Rift is largely finalized for a consumer product.” He went on to add that it’s “months, not years away, but many months” which sounds a little optimistic.

He hasn’t given an exact timeframe for when a consumer version could be ready and it sounds like they’re still looking at viable input devices following their acquisition of Carbon Design back in June. Carbon design were pulled into the Oculus fold to tackle the issues of creating a controller. Carbon Design created the Xbox 360 controller.

Oculus sound very keen to get the consumer version to market but are also concerned about rival companies releasing substandard versions of VR headsets. He added:

“We’re a little worried about bigger companies putting out products that are not ready. Disorientation and motion sickness is the elephant in the room. We’re encouraging big companies not to put out a product before it’s ready.”

Motion sickness is the elephant in the room and it’s worth pointing out that Oculus usually fails to mention that it’s a real problem for quite a high percentage of users. They have obviously been trying to alleviate the problem with the DK2 and there’s no doubt it’s an improvement over the DK1.

The next few months should be interesting but I wouldn’t get too excited about an Oculus Rift consumer version just yet, there’s still work to be done.