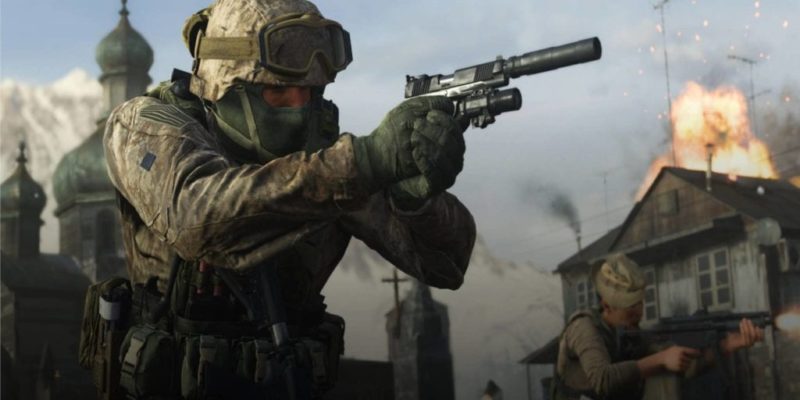 This week’s Content Drop will feature lots of guns and lots of shooting. We’ll see the PC game releases of Activision’s Call of Duty: Modern Warfare and Obsidian’s The Outer Worlds. If these aren’t enough, then you’ve also got WWE 2K20, Farming Simulator 19 – Platinum Expansion, and Moons of Madness coming your way.

For the other games that will be releasing this October 2019, check out the monthly PC game releases listing. As for the rest of the games launching this year and beyond, you can view our full release dates list. 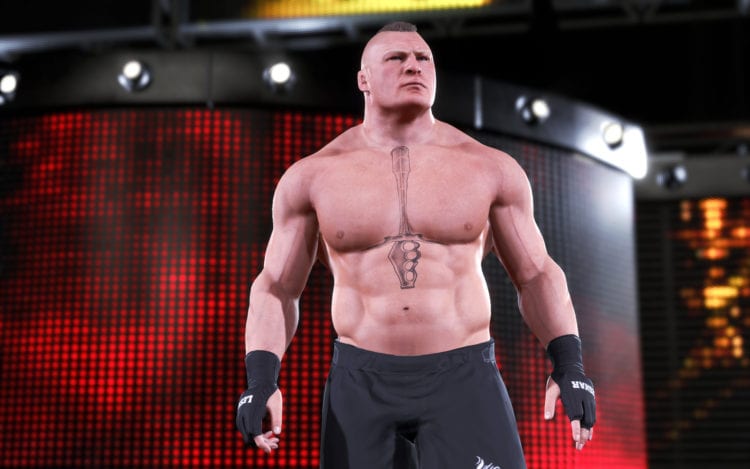 Another year means another iteration of the long-running pro-wrestling franchise. But, make no mistake, WWE 2K20 will have many “firsts” indeed.

WWE 2K20 will be the first in the franchise that won’t be developed by Yuke’s. The studio parted ways with 2K, and the publisher’s in-house development team, Visual Concepts, is now at the helm. There are already a number of concerns especially when it comes to graphics and physics, such as this GIF that’s been circulating showing Bianca Belair’s wacky hair movements:

There are, however, a number of features to look forward to. WWE 2K20‘s Showcase Mode will delve into the rise of the Four Horsewomen and the WWE’s Women’s Revolution. It’s also the first title in a long while that has a female superstar, Becky Lynch, as one of its cover athletes. For the first time ever, you can also play as a female wrestler in MyCareer, and the “9th Wonder of the World,” Chyna, will also make her return as part of the massive roster.

WWE 2K20 will also do away with prior DLC types (such as the Future Stars Pack or Legends Pack). Instead, it’ll have four content packs known as “2K Originals.” These have their own themes such as the Bump In The Night DLC which will add The Fiend version of Bray Wyatt, Halloween-themed arenas, and wrestler attires reminiscent of slasher and horror flicks.

Yes, there may be a few issues, and there may also be a few facets that’ll keep fans optimistic. We’ll know more in the coming days. You can expect our in-depth coverage and review of WWE 2K20 within the week. 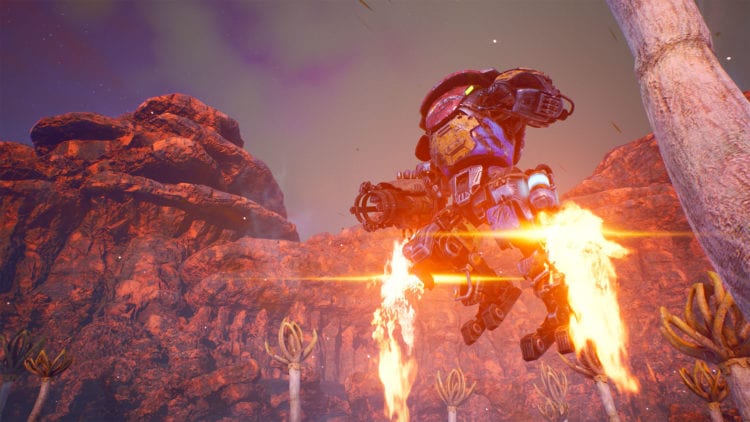 WWE 2K20‘s based on today’s wrestling landscape and Call of Duty: Modern Warfare is, obviously, based on modern times. As for Obsidian’s The Outer Worlds, players will be taken to a more futuristic setting. Corporations have taken over every facet of humanity’s development, leading to unchecked capitalism, domination, and colonial ventures in the far-flung reaches of space.

The Outer Worlds leads your character to explore the lands Monarch in the Halcyon system. This place is teeming with potential allies and deadly foes. Given that it’s an open-world RPG-FPS hybrid, you can expect a lot of looting and shooting going on. Likewise, RPG mechanics such as skill sets based on biological science, medicine, and engineering will let you find more ways of taking down your opponents. If going gung-ho isn’t your style, you can opt to avoid combat by way of stealth or even speech checks.

As noted in a previous article, The Outer Worlds gleaned from various influences such as Futurama‘s humor and, of course, Obsidian’s own Fallout: New Vegas. Will The Outer Worlds become the Fallout experience that fans miss due to the disappointment that was Fallout 76? We’ll find out soon enough. 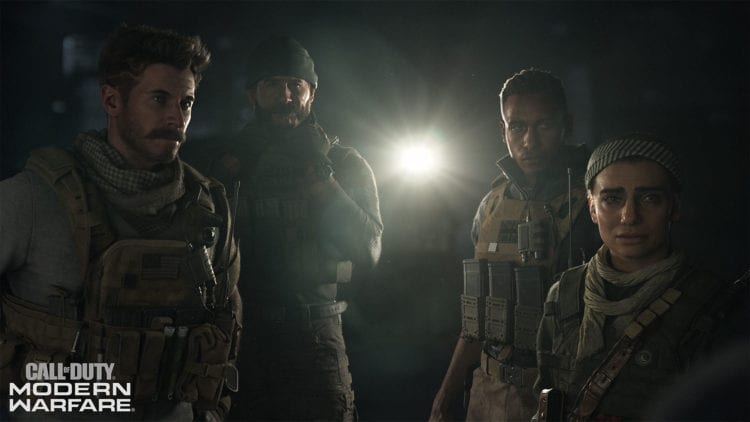 I consider the original Call of Duty: Modern Warfare as the pinnacle of Activision’s long-running, blockbuster FPS franchise. Released back in 2007, it had the series’ trademark fast-paced and frantic multiplayer action. Along with that was a compelling single-player campaign that evoked the harsh realities of combat in the Middle East and the War on Terror. Fast forward to the present and fans will see Call of Duty: Modern Warfare once more for a new generation. Remade and rebooted, this latest iteration will give you a sense of familiarity while also changing with the times.

Captain Price makes his return, albeit this character is now also rebooted. Along with him is a diverse cast of characters — new friends such as freedom fighters, and new enemies such as the Al-Qatala terrorist group and mercenaries with dubious loyalties. Multiplayer modes such as “Ground War” and “Gunfight” promise to provide something new for everyone. The former allows for battles with up to 100 players, perfect for those who liked Call of Duty: Black Ops 4‘s massive Blackout battle royale. The latter, meanwhile, will be a quick 2v2 matchup.

One caveat is that Call of Duty: Modern Warfare will be the first game in a long while that won’t have a Zombies mode. But, the developers are hoping that the returning Spec Ops mode will make up for it. The downside is that Spec Ops will only have a couple of modes available at the beginning. The third mode, Survival — which is a horde-based match and something that Zombies fans might like — will be a timed-exclusive for the PS4 version of the game. It won’t be out until next year for PC owners.

There’s at least a bit of good news considering that Call of Duty: Modern Warfare won’t have loot boxes. Instead, it’ll have a battle pass that’ll be available later on. Still, this is Activision and Call of Duty we’re talking about here. Remember that they did end up adding some shenanigans when it came to microtransactions in Black Ops 4.

Farming Simulator 19 – Platinum Expansion (October 22) – The official expansion to Farming Simulator 19 adds the CLAAS brand of vehicles to help with your workload. Find it on Steam. You can also check out our review of the base game in the meantime.

Moons of Madness (October 22) – This passion project from developer Rock Pocket Games starts off innocently enough as you explore Mars. Then, you end up encountering some supernatural creatures. Find it on Steam. 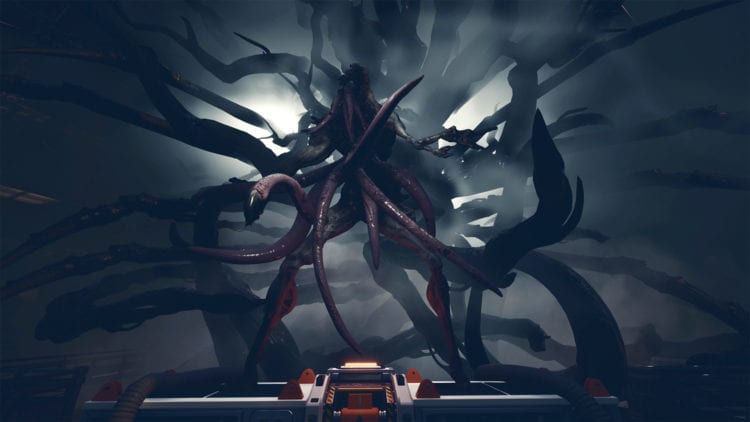 Next week’s Content Drops and PC game releases will close out the month of October while also kickstarting November. We’ll see titles such as Ghost Parade, Afterparty, Citadel: Forged with Fire, and Disney Classic Games: The Lion King and Aladdin. We’ll see you then.

The Outer Worlds review – Not so brave new worlds

By Steve Clist2 hours ago
Features