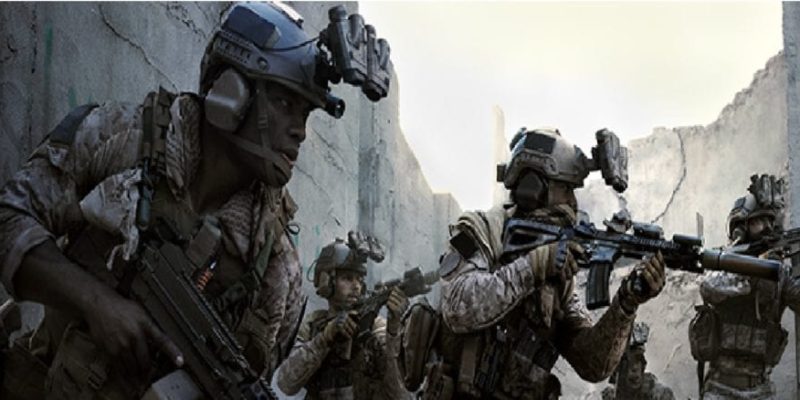 October 2019 PC game releases will run and gun their way to your screens. This month’s Content Drop/PC game releases include the big guns such as Call of Duty: Modern Warfare, Tom Clancy’s Ghost Recon Breakpoint, WWE 2K20, Paranoia: Happiness is Mandatory, Yooka-Laylee and the Impossible Lair, Trine 4: The Nightmare Prince, and The Outer Worlds. Speaking of “outer worlds,” you’re probably going to keep hearing about how the “moon’s haunted.” That’s because Destiny 2: Shadowkeep will start things off this month. A couple of adventure thrillers set in the dark expanse of Luna will also arrive — Moons of Madness and Deliver Us The Moon.

For our full PC games release date list, check out our massive feature right over here. In case you missed anything in the previous month, head over to our September 2019 Content Drop page. 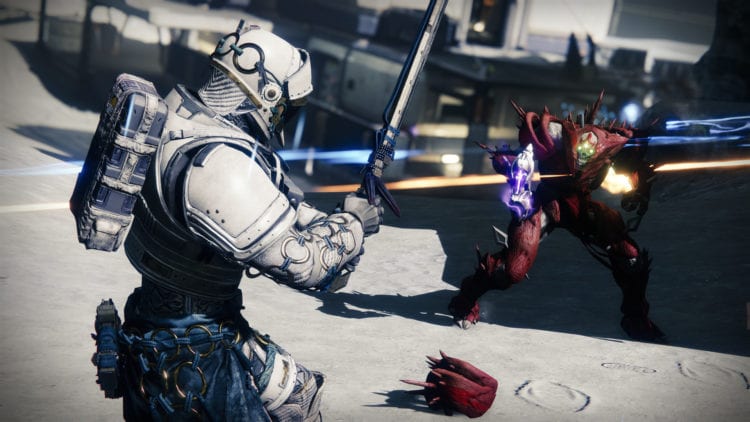 I’ve decided to combine both these titles into one so as to better explain them. Shadowkeep is the new Destiny 2 expansion that takes place on the Moon… because the Moon is haunted.

As for Destiny 2: New Light, this is the free-to-play version of the game that will also launch on the same day. New Light will contain “Year 1” content — vanilla, Curse of Osiris, and Warmind. Some “Year 2” (Forsaken) and “Year 3” (Shadowkeep) content will be included such as Gambit Prime and free-roaming on the Moon world space respectively.

Those who purchase Shadowkeep will, naturally, have access to New Light content already. Those who are playing the free-to-play New Light version will still need to purchase Forsaken and/or Shadowkeep if they want to play the additional content.

The Nazis are coming and it’s up to you with your ragtag band of soldiers and civilians to survive in this tactical, turn-based RPG.

You are one of the last purely human taxi drivers around. In a world where AI automatons are becoming the norm, it’s up to you to interact with your passengers to find connections and preserve your humanity.

Shoot, scavenge, and survive a brand new open-world setting as you’re hunted by your former brothers-in-arms.

Originally released back in 2009, you can dust off those proton packs once the remastered version arrives this October.

The next platform-adventure game in the Yooka-Laylee series.

Follow the adventures of three heroes in a magical world rendered, once more, in 2.5D. Don’t worry, we probably won’t see a repeat of Trine 3’s 3D fiasco. There’s also Trine: Ultimate Collection which contains the fourth game plus the original trilogy.

The makers of Skull Girls are back with a new RPG with some dazzling hand-drawn art.

Originally released for the Nintendo Switch in Japan back in 2017 and worldwide in 2018, a remastered version of this RPG makes its way to PCs this year. Please note that The Alliance Alive HD Remaster was originally scheduled to release this October (and you can see the October 8 release date above). However, the game’s Steam page currently shows that it’s going to be releasing via Steam on 2020 instead with no actual official announcements as of yet.

Featuring anime-style graphics, this RPG lets you fight dragons using a three-tiered system based on verticality.

Guided by a drone as your sole companion, explore various lunar bases and the moon’s desolate surface as you search for the means to save humanity from extinction.

The horror game is the sequel to Death Mark and the next title in the Spirit Hunter series.

Face off against the undead and other monstrosities in this turn-based RPG where maps can often change due to the mist.

Take a seat inside your souped-up sports cars and numerous other modern and classic vehicles and race to victory.

An adventure game based on the cartoon.

After half a day of staring at the infinite darkness due to the world getting sucked into a black hole, Fortnite once again returns. Fortnite Chapter 2 adds new mechanics such as stealth gameplay, boats, carrying downed teammates, and more.

Originally released 22 years ago for the Saturn and PlayStation, this classic RPG makes its way to PCs with some graphical enhancements.

A survival action game where you explore the deadly contaminated zones surrounding Chernobyl. The game will release as part of Steam’s Early Access in October with a full release planned in 2020.

Play as two protagonists from different time periods who need to solve puzzles and riddles in this survival horror game.

The Nintendo Switch game released earlier this year will head to PCs. This time, it’ll also include its DLCs.

Get set for co-op and competitive third-person shooter action as your favorite plants (and zombies) now come with customizations and various possible classes, allowing you to partake in several modes.

Whatchu gonna do when The Man and DA BIG DAWG come for you, brother? WWE 2K20 will feature countless WWE wrestlers and, for the first time ever, a playable female character in your career mode.

The official expansion to Farming Simulator 19 adds the CLAAS brand of vehicles to help with your workload.

A passion project for developer Rock Pocket Games, Moons of Madness starts off innocently as you explore Mars. Then, you end up encountering some supernatural creatures.

This free expansion adds the “Conquest” standalone mode which promises over a hundred hours of content. There are now procedurally generated objectives and victory conditions, and you can play alongside a pal via co-op.

A remake of one of the most furious and highly-acclaimed titles from the first-person shooter franchise.

This looks like the Fallout game you’ve been waiting for so long. Sorry, Fallout 76. An August release date leaked months ago, and it’s now heading to the Epic Games Store this October.

Two best buds are out partying one night. Suddenly, they wake up in hell. The only way out is to piece together the events that had transpired while outdrinking Satan.

Two classics from our childhood will make their return this October.

This VR game where you make your way through the Greek underworld heads to Oculus Rift and HTC Vive this October.

From Indonesian developer Lentera Nusantara comes an adventure side-scroller where you can obtain the help of 30 ghost companions.

Based on The 7th Guest, an FMV horror puzzler from the early 90s, The 13th Doll follows the story of Tad (the protagonist from the original game). The 13th Doll is a fan-made project which has since evolved into a fully licensed title.

That does it for our October 2019 Content Drops. Which October 2019 PC game release are you looking forward to the most? Let us know.

Destiny 2: New Light vs. Shadowkeep – Here’s what you’re getting