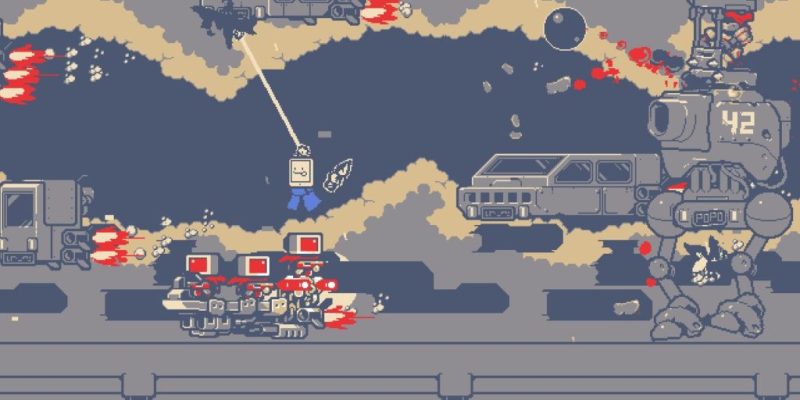 We’ve got copies of slick metroidvania Kunai up for grabs in today’s contest!

Sometimes, a concept is so silly that you just have to stop and watch the trailer for it. And then you watch it, and it turns out it looks really cool! Today is one of those days.

Kunai is a metroidvania title where you control a sentient ninja tablet. For real. We’ve got some PC copies to offer up, so check it out and win a copy!

It’s pretty much the end of humanity, and machines are trying to wipe out the last vestiges of mankind. Finally, robotic beings rule the earth! But not all is lost — there’s a tablet device imbued with the soul of a ninja on the loose trying to piece civilization back together with help of a broken resistance. Hack, slash, parkour, and grappling hook your way through a broken world to restore order and destroy the machines!

And they said tablet usage was on the decline.

To enter to win, use the widget below to leave your name and email address. You can enter daily. Click around for ways to earn bonus entries to increase your odds!

We have six Steam keys to give away; winners will be drawn Wednesday, February 12.

Kunai is available now for Steam. Hit up Destructoid for more chances to nab a copy.