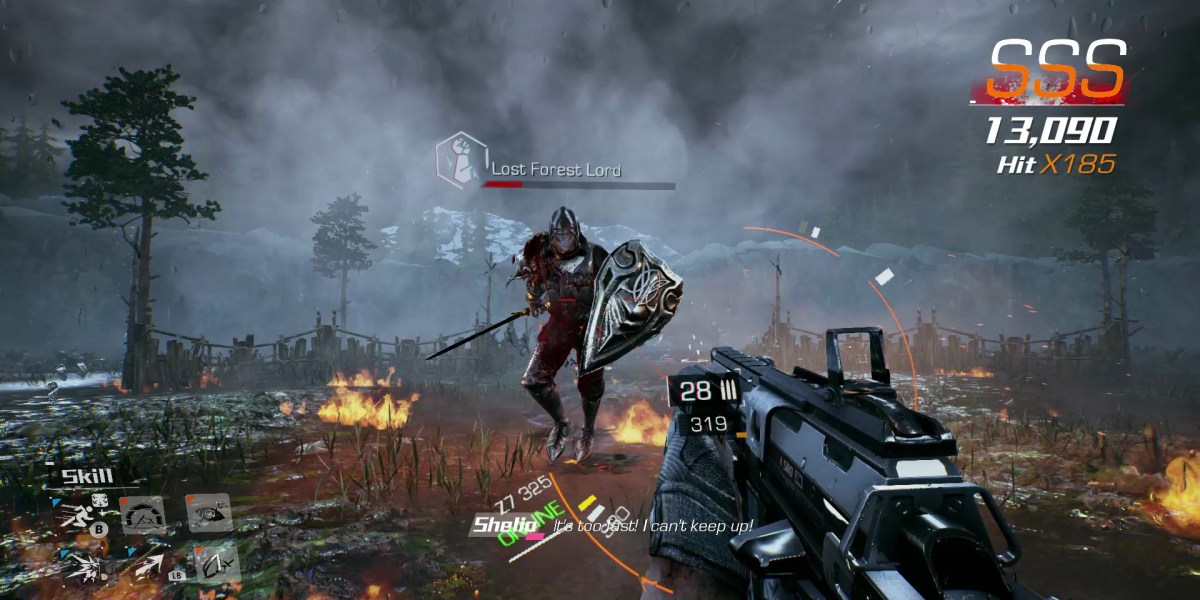 Ever now and again a game comes along where even I, a jaded old dork stuck in his ways, can’t help but step back and say, “Damn.” Bright Memory is one of those times. I’m not super into FPS games, but wow this looks really slick in pretty much every way.

Bright Memory 1.0 just hit Steam, rounding out development on what is essentially the first chapter of the larger Bright Memory: Infinite, set to release later this year. We’re giving away the former, because as a PC owner you’ll receive the latter! It’s almost like two games, for the price of none!

I’m going to paste in some PR because as a sci-fi game, it’s a lot of confusing lore that’ll inevitably go completely over my head!

Takedown ancient mythical beasts and futuristic enemy soldiers alike in a stylish combo-focused sword and gunplay combat system. A precise dash and a pulse glove knocking enemies into the air enable extended combo chains to finish off threats with finesse and precision while racking up massive scores.

After the discovery of a strange substance capable of reviving the dead, a private military organization seeks to steal the life-giving breakthrough for its own maniacal ends. While defending the substance, Special Operative Shelia is warped along with the enemy squad to an island floating over the north pole where mythological creatures such as dragons and demons roam alongside resurrected human corpses.

There’s something about how ancient swords unleash the souls of fallen warriors and monsters and stuff. It’s all very sci-fi, but just know there’s some super cool gunplay mixed with melee combat, resulting in almost a first-person Devil May Cry vibe. Again, not my usual jam but it looks really, really great in action.

To enter to win a copy for yourself, use the widget below to leave your name and email address. You can enter daily. For bonus entries, click around in the widget and follow the instructions within.

We have five Steam copies to give away — and remember, you’ll get the full game, Bright Memory: Infinite, upon release! Winners will be drawn Friday, April 10.

PCI Contest: Snag a copy of Bright Memory because it looks super dope