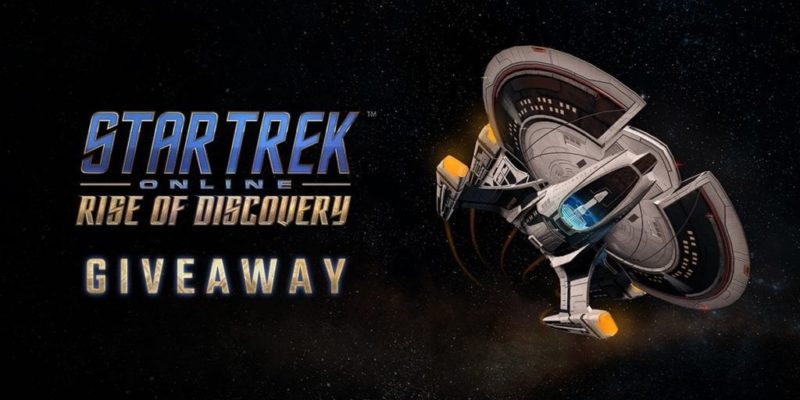 Enter our contest for your chance to win a Command Dreadnaught Cruiser Bundle for Star Trek Online!

Today’s contest is a two-fer: Take a free key for a Star Trek Online: Rise of Discovery Starter Pack and enter to win a Command Dreadnaught Cruiser Bundle!

There’s a lot going on with this one today, folks, so pay attention! Star Trek Online: Rise of Discovery just launched last week, adding new content to the already massive game based on the hit CBS [online streaming only grrrrrrrr] show, Discovery. Here’s where we come in: You could buy some of the new content, like a chump, or you could just take some from us!

Despite watching a lot of The Next Generation as a kid, I’m way out of my element, here. I’ll let the experts tell you about the game:

Star Trek Online: Rise of Discovery continues the game’s crossover with the critically acclaimed CBS television series, Star Trek: Discovery. Players will have the opportunity to travel back in time and board the U.S.S. Buran with Captain Gabriel Lorca (voiced by Jason Isaacs) and Commander Ellen Landry (voiced by Rekha Sharma) from the show. Captains will uncover the startling chain of events that ultimately determined the fates of these compelling characters in the first season of Star Trek: Discovery. Rise of Discovery also introduces a brand new reputation and a system wide update that removes player level restrictions for all premium Tier 6 starships.

Star Trek Online is a free-to-play massively multiplayer online game that allows players to explore the Star Trek universe from within. Players can forge their own destiny as Captain of a Federation starship, champion the Empire through the far reaches of the galaxy as a Klingon Warrior, rebuild the Romulan legacy as the commander of a Romulan Republic Warbird or carry out daring missions on behalf of the Dominion as a Jem’Hadar soldier. Captains can also explore iconic locations from the Star Trek universe, make contact with new alien species and battle alongside other players in customizable starships.

Whew! Good thing they know what they’re talking about!

Ok, onto the good stuff. We’ve got 50 keys to give away — YES, JUST TAKE ONE — for the Discovery Starter Pack. This $15 pack includes: 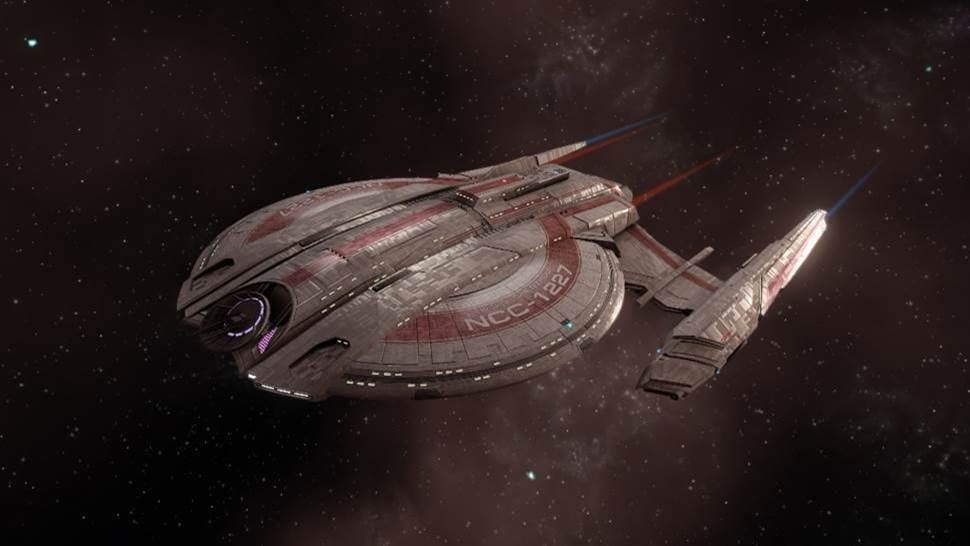 Ok, now for the even gooder stuff. We’ve also got 10 keys for the Command Dreadnaught Cruiser Bundle. This $50 (nice) pack includes: 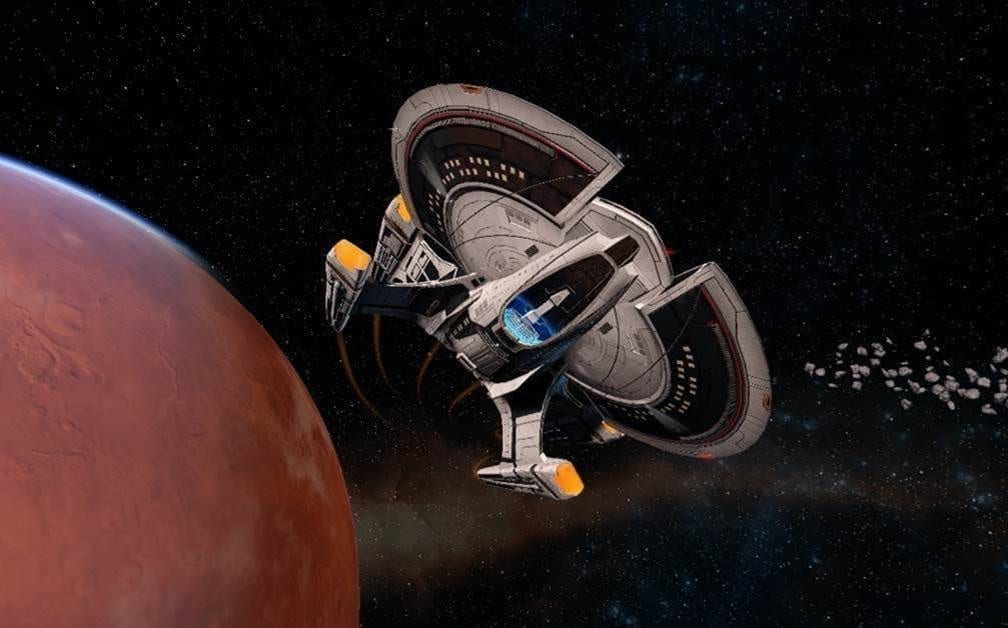 To enter to win, use the widget below this to leave your email address.

Winners of the Command Dreadnaught Cruiser Bundle will be drawn Tuesday, May 28. All keys are for the PC version of Star Trek Online, only.