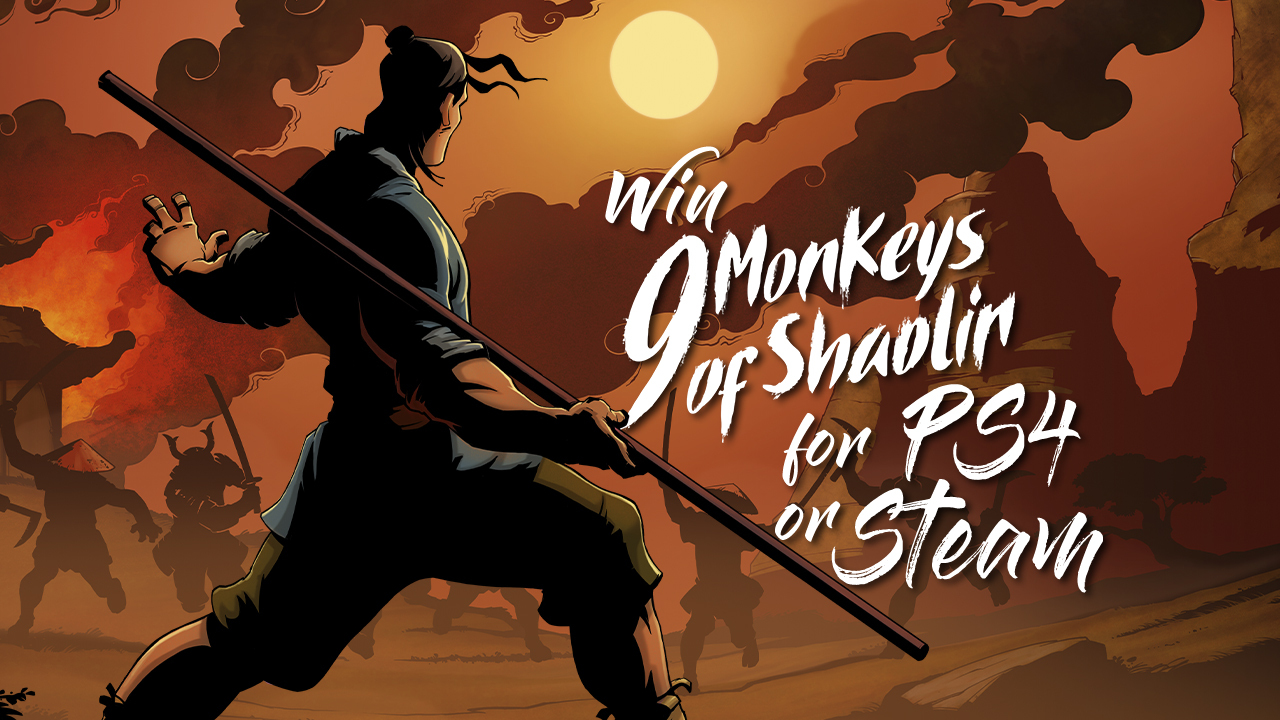 In today's contest you can win classic beat 'em up 9 Monkeys of Shaolin for PS4 or Steam!

In today’s contest you can win classic beat ’em up 9 Monkeys of Shaolin for PS4 or Steam!

It’s almost the New Year! In most of the world, anyway. I think Chinese New Year is still a few months away, so there goes my good segue for this one. Oh well, just pretend my idea was clever and timely.

We’ve got some copies of classic beat ’em up title 9 Monkeys of Shaolin to give away, just in time for the [not] Chinese New Year!

Read all about it while I put my dragon suit back in storage.

9 Monkeys of Shaolin marks a true rebirth of the iconic beat-em-up genre in the vein of old school arcade games. If you had fun playing beat-em-up videogames for hours as a kid, crushing foes left and right, then this new title from the creators of hardcore brawler REDEEMER is definitely for you.

Playing as the simple fisherman, Wei Cheng, you must avenge the death of your friends and family who were slaughtered during a pirate raid of your peaceful village. The game’s main villain is quite a tough nut to crack as he knows the basics of ancient martial arts only mastered by legendary Shaolin monks. Get your trusty battle staff ready for a challenging adventure in Medieval China and for merciless fights with hordes of various enemies.

Action-packed battles, user friendly controls and incredible atmosphere of great kung-fu movies of the 1970s – all this makes 9 Monkeys of Shaolin a perfect choice for every true fan of hardcore brawlers.

I wish I had a pirate ship.

To enter to win, use the widget below to leave your name and email address. You can enter daily. Click around for ways to earn bonus entries, and be sure to comment below telling us what you’d do with your own pirate ship!

We have five copies each for PS4 (NA) and Steam to give away; winners will be drawn next year! Our copies are split between PCI and sister site Destructoid. It’ll be ok.

9 Monkeys of Shaolin is available now for PS4 and Steam.

Contest: Win 9 Monkeys of Shaolin for PS4 or Steam