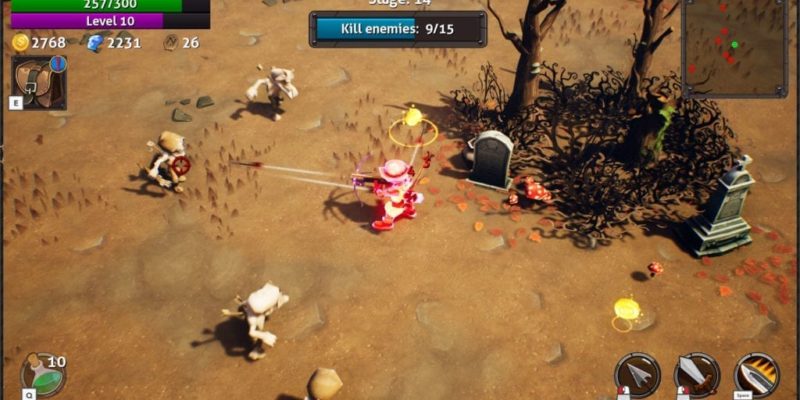 We’re giving away some good, old-fashioned hack ‘n slash action in this contest for a Steam copy of Grave Keeper.

I’m a simple man, with simple tastes. Doing endless combos and flying around the screen, combining deft maneuvering both on my controller and on-screen, just really doesn’t speak to me. Give me a romp beating up hordes of baddies by whacking them with something. It’s easy, and it’s fun.

You’re a bounty hunter in search of the vast treasure located in the Forbidden Stronghold. But your task won’t be easy, as hordes of skeletons, orcs, and other fantasy-inspired baddies in service of the invincible Skeleton King block your path. Your only option? Fight your way through them using swords, axes, arrows, and magic. This Gauntlet-inspired action title sees players taking out whole armies of baddies using tried-and-true action/adventure gameplay, mixed with elements from other genres.

Get in on the action!

To enter to win, use the widget below to leave your name and email address. You can enter daily for additional chances to win. For bonus entries, follow PCI on Twitter and share our contest post with your friends!

While you’re waiting for winners to be announced, tell us your favorite hack ‘n slash game. For me, Dynasty Warriors 3 is a cherished game. Beating up literally thousands of enemies at a time consumed most of my bored teenage afternoons, and I’ll forever be chasing that pure gaming high.

We have 10 Steam copies to give away. Winners will be drawn on Wednesday, April 3.