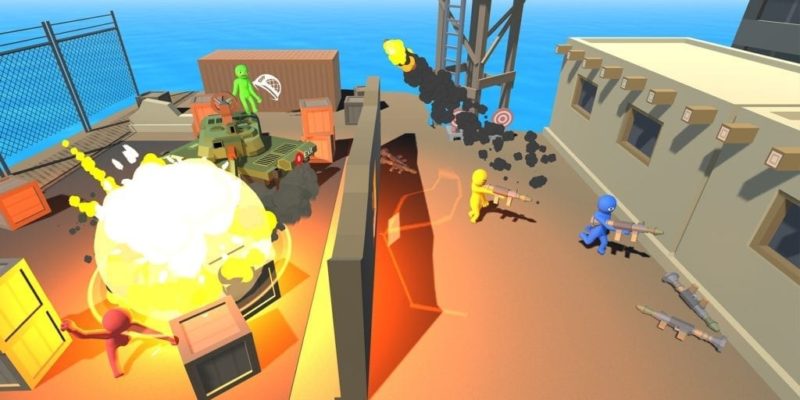 Enter our contest for your chance to win a Steam Early Access copy of wacky party game Havocado!

Get in on the zany action in today’s contest for a Steam copy of Havocado!

I’ll stop giving away weird games when I stop being interested in weird games. I have a problem, after all. So what better way to fix that problem than to exacerbate it?

Get weird with me, and get your hands on strange party game Havocado to give it a spin for yourself!

There is scant little information on Havocado — I think that’s because it speaks for itself. We’re looking at a four-player arena party game where the physics are weird, and the weapons are weirder. You’ll flop your amorphous blob of a character all over the arena, picking up guns and sticks to shoot and whack your opponents. But, what’s this?! Sharks eating you, and cars running you over, and giant squid slapping you around while you do it?! Yes. Oh, yes.

Also, there are vehicles, but why shoot your opponents point-blank with a tank when you can all writhe in confusing ecstacy in front of a couple of giant aquatic creatures? I’m both confused and ecstatic, so that’s how you know it works. Thanks, Havocado!

Also I’m using this photo again. Not that it turns me on or anything. Just because I like it. That’s all.

To enter to win, use the widget below to leave your name and email address. You can enter daily for additional chances to win. For bonus entries, follow developer Webble Games and PCI on Twitter, and share our contest post with your friends!

While your waiting to see who won, tell us what the hell a havocado is. I really have no clue, so it’s up to you to solve the infernal mystery which has plagued humanity for centuries. Or a couple of weeks since it was announced. Either way.

We have five Steam Early Access keys to give away. Winners will be drawn on May 17.

Havocado is an Early Access title you can play now. Check out Destructoid for more chances to win a key!

Euro Truck Simulator 2 next expansion heads to Romania and beyond