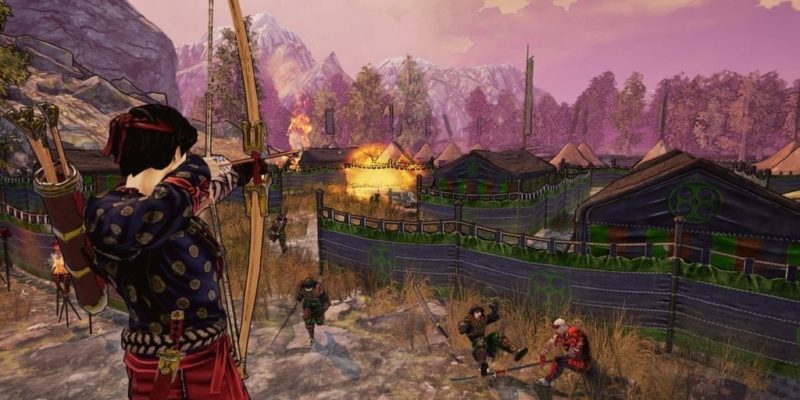 Sharpen your sword for this contest for Early Access keys for Hanako: Honor & Blade!

I can read your mind. You’ve been thinking, “I’d really like a multiplayer game based on warriors from feudal Japan where I can slice, dice, stab, shoot, and assassinate other players in gorgeous arenas.”

Well, I’ve got just the thing for you: We’ve got 30 Early Access keys for Hanako: Honor & Blade. Come get one!

Read some press about the game, first.

Hanako: Honor & Blade takes players online for an immersive experience in Feudal Japan. Help decide the future of a nation by playing as one of four distinct classes. Serve a clan to defeat your opponents throughout a multi-map campaign. Master your class’ directionally-driven combat, abilities, and spirit-based skills to get an extra edge. Enjoy a game that is easy to learn, difficult to master but seeks to capture the Soul of the Samurai.

The artistic qualities and backstory of the game serve as a symbolic tribute to team lead, Matt Canei’s late mother. The art and lore of the game represent an everlasting struggle of life and death, health and disease and the natural balance of opposing forces to metaphorically represent real-life tragedies and to honor those lost.

So, the game is currently in its V. 3 phase, which has added a new game tutorial, new attack animations, a versus AI mode, skill trees, dueling, and a bevy of other additions to the base game to help improve the experience. Check out everything the team is up to over on their official website!

To enter to win, use the widget below to leave your name and email address. You can enter daily for additional chances to win. For bonus entries, follow Hanako and PCI on Twitter and share our contest post with your friends!

While you’re waiting for winners to be drawn, comment below telling us what your super feudal Japan warrior would do to take out your foes. Do you guys remember how in Tenchu you could throw poisoned bowls of rice to guards? Like, a guard would be standing there, and a bowl of rice would just appear out of nowhere, and dude would just start chowing down as though there were nothing strange about bowls of rice appearing out of literally nowhere? Yeah, that’s what I’d do. Bowls of rice, man.

We have ten keys to give away. Winners will be drawn on Friday, April 12.

Hanako: Honor & Blade is available now on Steam Early Access. Didn’t win? Wanna get into it sooner? It’s on sale for only $3 through April 18!