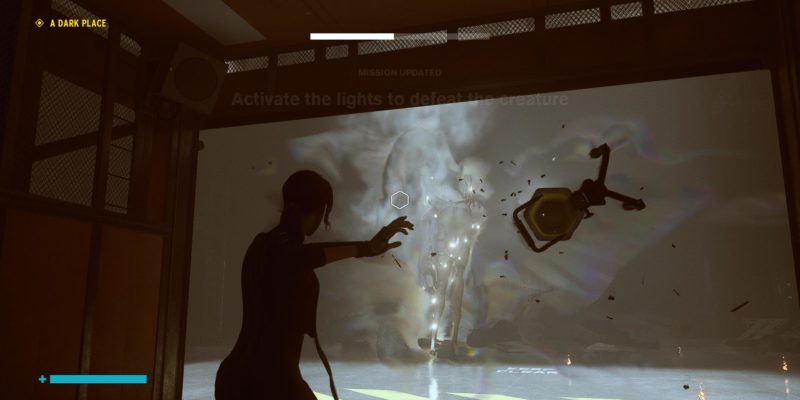 Control is well-known for its annoying boss fights and AWE is no different. Control AWE‘s boss, Dr. Emil Hartman, is one of the most obnoxious battles in the whole game. I’m here to help out if you want some pointers on what exactly you’re supposed to do. It’s possible to prevail, of course, but it’s a pain.

The fight with Hartman is similar in concept to the other times you’ve tangled with him. You’re in a dark room, and you need to use power cubes to get the lights back on. There are four generators that need cubes on them to power the place up — remember exactly where they all are. You’ll need to move fast and go back into the available lights to regain your energy. Once all four are in place, just hit the switch on the right-most generator and the power will come back on.

Fighting Hartman now goes exactly how you’d think. You can find a vantage point roof on the left that makes it hard for him to hit you, and just perch there while taking potshots at him with Pierce. Once you get his health down to practically nothing, though, is when the real fight begins. 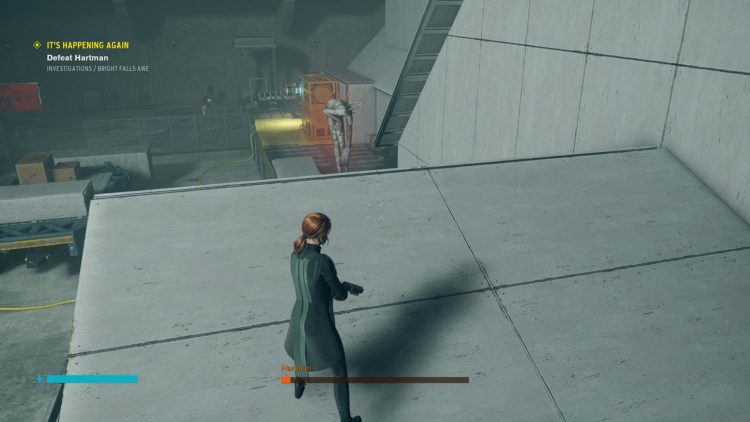 Yes, Hartman turns the lights out (why wasn’t he doing that in the other encounters?) and begins to heal himself. You need to take a quick look and reattach the two power cores that fell off their generators and get the lights back up ASAP. He also gets a couple of Hiss to help him each time he does this. But keeping the time he has to heal to a minimum is of the utmost importance. Just levitate and turn the power back before dealing with the cronies.

Surge works well here as you can quickly do a lot of damage while running away. Scatter is also good if you’ve taken out the Hiss and are good at dodging Hartman’s attacks. Keep pressing and turning the power back on and you’ll get him down eventually. Or die trying.

Control AWE — How to access bosses with the second arcade machine