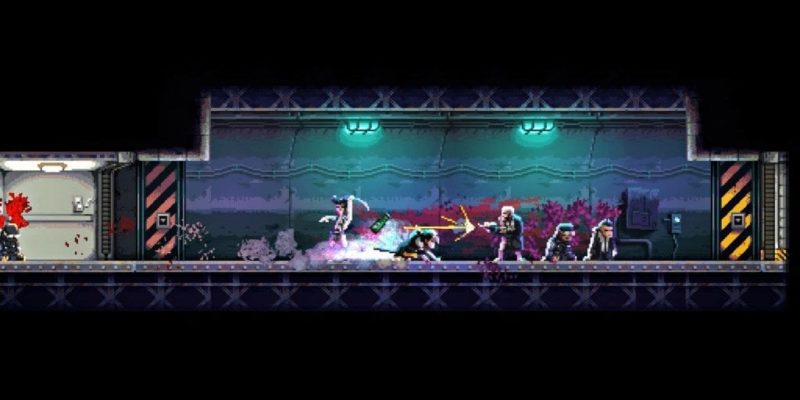 Is it me, or does Devolver Digital really love ’80s-themed video games? From the publisher that brought us the synth- and blood-fueled Hotline Miami comes Katana Zero, a game that certainly runs with the same retro look and feel. But this one has ninjas!

To be fair, while the two games show an adoration for neon and synth music, there are some clear-cut differences. Notably, Katana Zero is a side-scrolling action platformer, and while death comes instantaneously, it has a far different method of resetting. Katana Zero rewinds time to the start of the screen following a death, allowing you to try again from the beginning.

Dying comes quickly, as you’re armed with a sword against enemies with guns and technology. However, watching the gameplay trailer, it’s clear that the odds aren’t completely stacked against you. You can use your sword to reflect bullets back at your enemies. As a ninja, you can also move around enemies with skill and precision. You even have a complete arsenal of ninja tools at your disposal, such as throwing knives and smoke bombs.

Of course, the main conceit for survival is the ability to control time. Death comes at you from all angles, from gun-wielding foes to traps such as turrets and crushers. Just looking at the trailer alone, you will die (a lot), and so you will need to zip back and try again many times as you play. It also looks like you’ll be able to slow down time. No doubt this will make some tough rooms a little easier. But, honestly, I just enjoyed watching the colorful bloodletting in slow motion.

Katana Zero looks exciting, and luckily we won’t have to wait long to give it a try. The game comes out for PC on Steam this March.

The Walking Dead’s Final Episode Is Coming In March