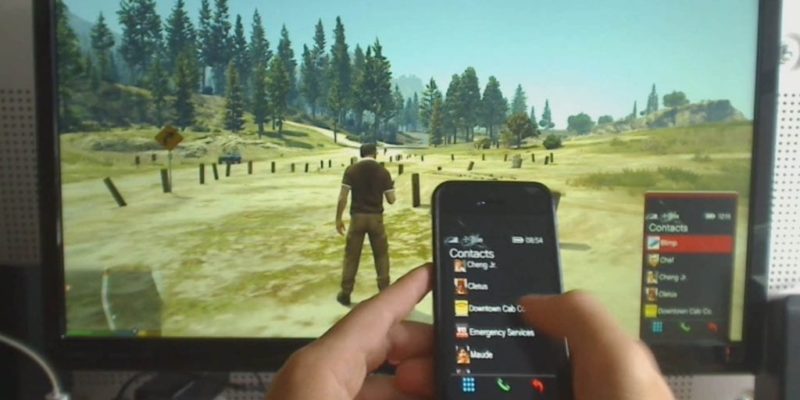 Grand Theft Auto 5 was released on PC two weeks ago. It didn’t take long for Reddit user Planetleak to mod the game so that he could control the game’s virtual smartphone using his own real life smartphone.

This isn’t your typical everyday mod, though. It uses an Arduino Webserver to receive instructions from the phone’s app. The webserver then runs key macros in the game to control the phone.

Installing the mod will require a little more technical know how than the usual drag-and-drop most games use. In fact, according to the YouTube video’s description, the “mod” doesn’t actually change any of the game’s files.

Planetleak hasn’t provided his app or any of the source code, yet. But of you’re the kind of person who think they can take this challenge on, it looks like it could be a pretty awesome addition to the game.