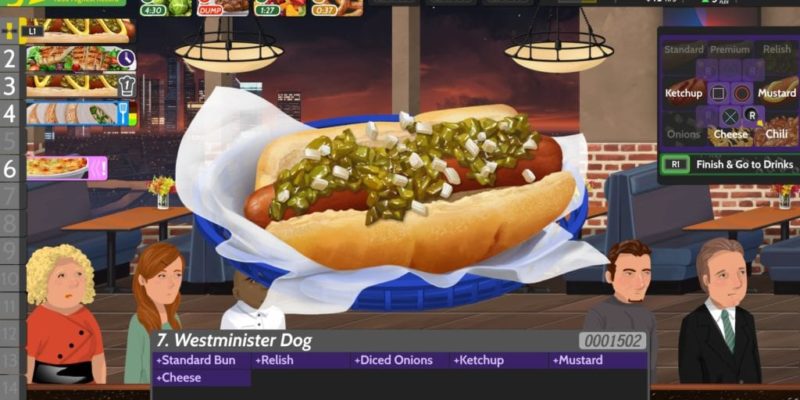 Cook, Serve, Delicious! 2!! is going to be served up in 2016. And no, I’m never calling it that again, because that use of punctuation is silly. Let’s just go with Cook Serve Delicious 2, eh?

Cook Serve Delicious is (bizarrely) one of my favourite games to hop into for an hour every now and then. It’s whimsical and light, but it also demands perfection and a degree of time management that makes it a surprisingly stressful experience. Tap buttons to cook food! And take out the trash! And clean the bogs! And respond to text messages from your lover! And do it fast, before the customers get pissed off!

Okay, look, I promise it’s more entertaining than that sounds, not least because it’s got rather a lot of variety. The slow progression makes it feel a tad repetitive, but I still like it rather a lot.

Cook Serve Delicious 2 sounds like it’s trying to fix that progression. A dev blog update notes that reducing the grind “was a big priority for this one”, and the bigger budget for this sequel means more events, more challenges, more content, and more delicious foodstuffs. We’re talking 180+ foods, which is a sizeable increase on the first game’s number. Sounds delicious.

Cook Serve Delicious 2 is currently being prepared by expert game chefs, and should be nicely Steam-ed by 2016.

The Division’s Dark Zone explained in this story trailer

Minecraft from Telltale is a Game, Features Pee-wee Herman