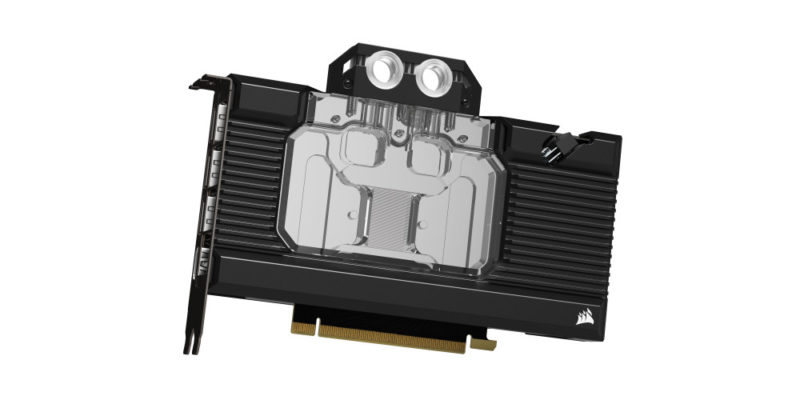 With the launch of the Nvidia GeForce RTX 3080 finally here, Corsair has announced that it will be releasing a new lineup of GPU water blocks to help keep your new graphics cards nice and cool in your build.  The Corsair Hydro X Series XG7 RGB GPU Water Blocks will launch in a variety of models that will be compatible with the Founders Edition RTX 3080 and RTX 3090 cards from Nvidia. The new coolers will also work with a variety of AIB partners like ASUS and MSI.

With the new Ampere-based graphics cards from Nvidia being more powerful than any lineup of GPU before it, it makes sense that many will want to keep their new cards as cool as possible. The Hydro X Series from Corsair claims that it provides “premium cooling” to allow the card to reach its full performance potential, especially if you’re one who likes to overclock GPUs.

The water block feature over 50 cooling fins that are fed by a coolant channel that allows the thermal transfer away from the GPU to the machine’s cooling loop and radiator. In addition to being able to cool the GPU die itself, the Hydro X Series provides active cooling for the graphics card’s memory and VRM. 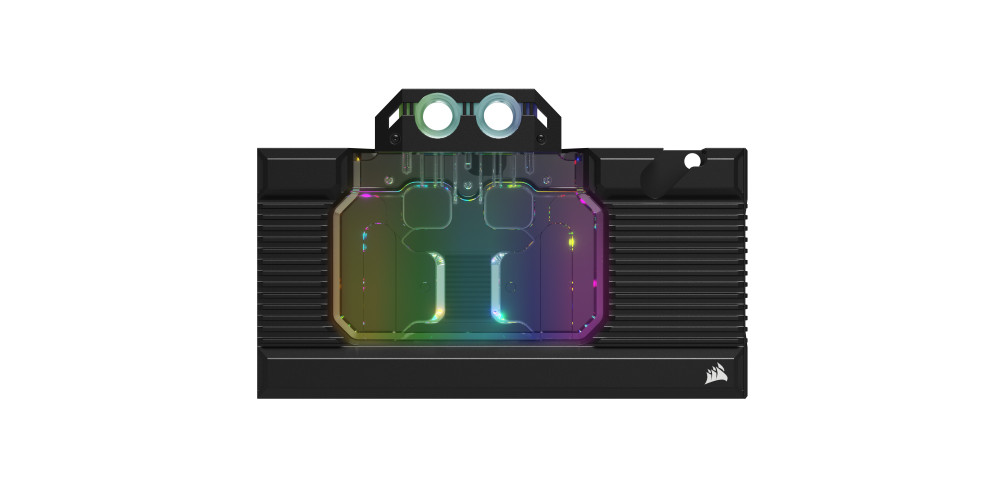 As far as aesthetics go, the water block includes 16 RGB LEDs that can be individually programmed. These LEDs are compatible with Corsair’s proprietary iCUE software and lighting controllers that allow for full lighting control. The software also allows the Hydro X Series to be synchronized with other iCUE compatible components such as pumps, reservoirs, fans, and more.

No pricing or release date has been announced just yet, but those interested in the new water block coolers can sign up to be notified by Corsair when availability information is made public.