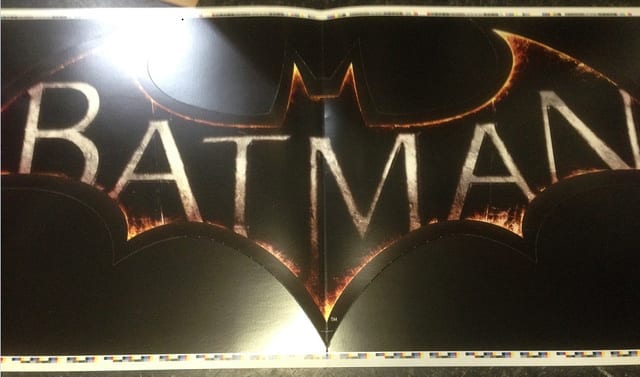 A few GameStop stores have been reporting that they have been receiving some marketing material that features the Batman Arkham logo surrounded by flames. We have confirmed this, including the local GameStop near to me, have shown us the banner. WB and Rocksteady have not confirmed or denied the existence of a new Batman game, or if this could be an expansion.

Rocksteady was the studio behind Arkham Asylum, and Arkham City, and Batman: Arkham Origins was developed by WB Montreal. A story has been published that a Dutch Journalist recently attended an even hosted by Rocksteady Studios, and that all information disclosed could not be published or shown until March.

Could this mean that Rocksteady is preparing to showcase the new Batman game that they have been working on? If this in fact was not timed sensitive material, GameStop marketing is set to be shown publicly on Mondays, meaning that an announcement would have to come before Monday.

We will update as more information comes out about a new Batman game, or possible DLC.