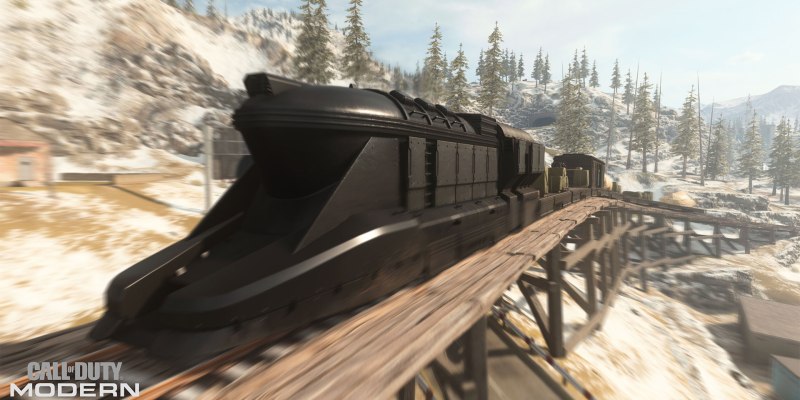 Dataminers have uncovered a variety of game modes that may be implemented in Call of Duty: Warzone. Included, is a Zombies royale and a potential night mode in Verdansk. However, the Call of Duty League may have accidentally revealed a change to the map during their broadcast. To celebrate the winners of the Call of Duty League championship, fireworks were set off at the Verdansk Stadium. Also, a birds eye view gave away what fans believe to be a Warzone subway station positioned close to the Stadium.

Well that's not there in game #Warzone #CallofDuty (credit to Mindscrambler on the Geeky Pastimes Discord https://t.co/lLoEU4Esm6) looks like we have some new subway stations coming. pic.twitter.com/2la7aJ6u2Z

Travel around the map on the Warzone subway

Previously, an image of a map was shown by a prominent leaker. The image shows the Call of Duty: Warzone subway lines and locations. Interestingly, subway station number two is just outside the Stadium. This is located close to the mysterious building which was shown in the bird’s eye view of the Stadium.

It is unknown if the subway station was shown on purpose as a hint of what is to come. Without any official confirmation from Infinity Ward or Activision, it is unclear if it is in fact a subway station, or when it will be added to the game. The popular battle royale already has a variety of mobility options. This includes vehicles and the recently implemented zip wires. As a train was introduced into Verdansk in Season 5, it is possible that Infinity Ward could have more plans to help players travel around the map.

The next title in the franchise, Call of Duty: Black Ops Cold War, is set to release in November. In addition, Call of Duty: Warzone is set to transition to the theme of the next title. It will be interesting to see how the map continues to change in the future. Hopefully, in the transition, some unanswered questions will become clear, such as the purpose of the nuke in bunker 10.

By Chirag Pattni15 hours ago
News