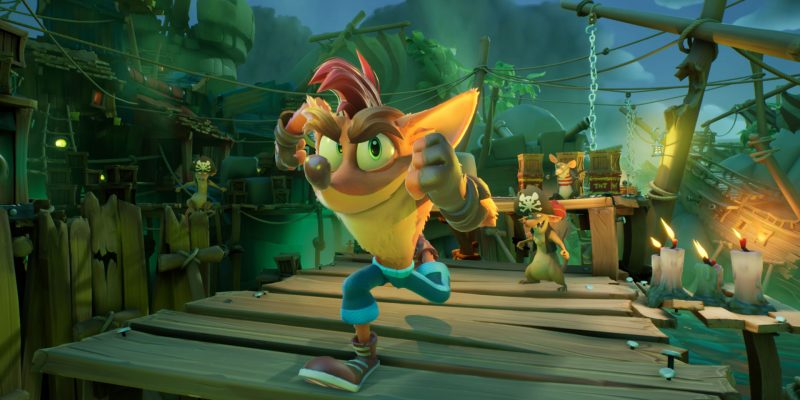 The Crash Bandicoot N. Sane Trilogy offered up the iconic marsupial to PC players for the first time back in June of 2018. As far as the franchise goes, despite these being remasters of the original trilogy, there hasn’t been a newly added Crash Bandicoot game in nearly 10 years. That changed when Crash Bandicoot 4: It’s About Time released on the Xbox One and PlayStation 4. Although it saw critical praise upon release, it did, however, release on the previous generation of consoles, a contrast to the accessibility of the trilogy release. Today, Activision confirmed that the fourth title would arrive on PC later this year, providing some ease for fans wanting to see a PC release.

At this time, Crash Bandicoot 4: It’s About Time will launch on newer consoles and the Nintendo Switch on March 26, with no word yet for PC. It also looks as though a Steam launch isn’t probable like that of the Crash Bandicoot N. Sane Trilogy. The information provided in the announcement only states at this time that it will arrive by way of the Battle.net launcher.

Bring on the upgrades

There isn’t much information outside of mentions of playing as Crash and Coco among other game features. However, one thing to note is the mention of 4K resolutions and visuals for “next-gen” consoles. This might not point to much at this time. However, with the continued support of Activision titles from Nvidia, one might guess that Crash Bandicoot 4: It’s About Time could see the implementation of DLSS and ray-tracing technologies on PC.

Activision recently announced more support for some of these features earlier this year. Supported games for these features include Call of Duty Black Ops: Cold War and Call of Duty: Modern Warfare. The next-gen features hinted at in the announcement could simply point to higher framerates and resolutions than their previous console generation counterparts.