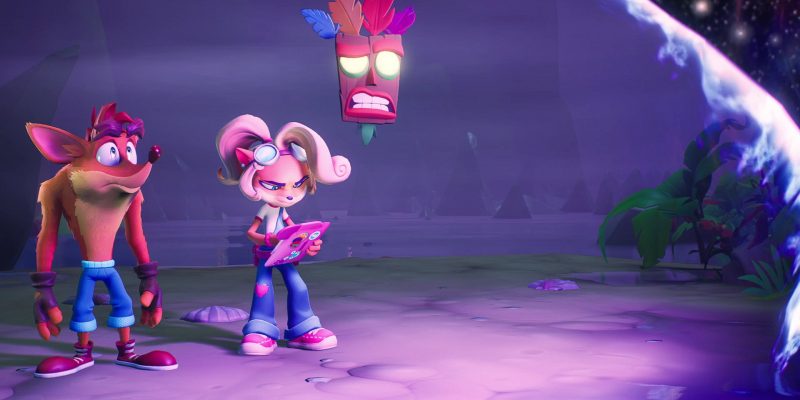 The Crash Bandicoot series died the second Naughty Dog moved on. That didn’t stop Universal from parading the rotting carcass around to sell mediocre games. By the time Activision secured the license, they only made a single additional game. When the results were underwhelming, the publisher took Crash off the board for a decade, until a remake of the first three games was released to great acclaim. Crash Bandicoot 4: It’s About Time isn’t even made by the people who handled the remake, so it was easy for me to be skeptical about this one. However, this is a true sequel to the original trilogy that gets nearly everything right, even if it’s bastard hard and this port has some issues.

Crash Bandicoot 4 begins with Neo Cortex and N. Tropy still caught in the circumstances they found themselves in at the end of the third game. But they’re able to break out with the help of Uka Uka and some kind of rift generator, which naturally throws the universe as we know it into peril. Aku Aku senses something is afoot and bids Crash and Coco to scramble and save the day. Along the way, they’ll seek out the four Quantum Masks, as well as meet up with some familiar faces to stop the villains in their tracks.

The plot is primarily told through cutscenes, but this time there’s a bit of a self-aware edge due to how old Crash’s fans are. The story is just funny, with a lot of laugh out loud character moments in detailed, entertaining cutscenes. There are neither too many nor too few of these, and they do an exemplary job of welcoming fans back to Crash’s world. They also poke fun at the series’ history. The first Quantum Mask that Crash and Coco meet asks them how many times they’ve defeated Cortex. After being told the answer is three, he’s surprised and mentions that he felt like it was more than that. Heh. 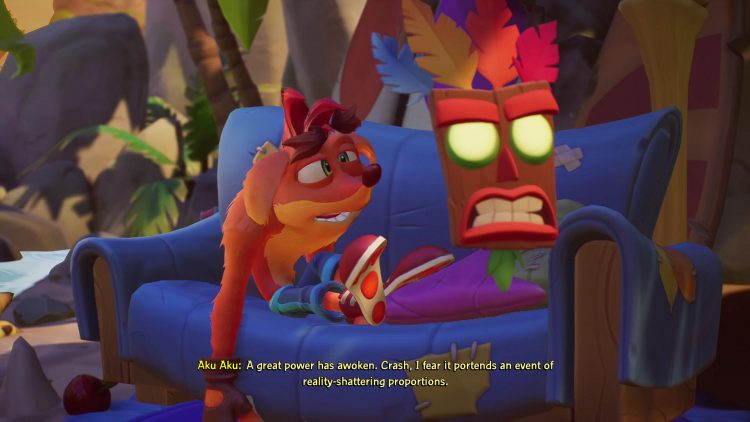 Crash Bandicoot 4‘s world map is more akin to that of the first game and doesn’t have the warp rooms of its sequels. Just like the remakes, you can choose to play as either Crash or Coco with a huge variety of unlockable skins. Progression is standard platformer fare. You beat a level to unlock the next and on and on. There are over 40 regular levels in total, with more than 20 extra ones that are unlocked by finding videotapes that take place prior to and directly after the first game, respectively.

The levels feel like they’re a good bit longer than in the original trilogy and the game takes longer than them too. There are even more things to collect this time. Each level has gems that can be acquired. Netting all of the gems will grant either Crash or Coco a new skin. On top of that, every level has an inverted version that also has its own gems. Then there are time trials, inverted boss levels, and a chunk of levels where you play as a few other series characters. There’s a lot of content here for anyone masochistic enough to undertake it.

I’m being serious when I say that Crash Bandicoot 4 is significantly tougher than its predecessors. Yes, even the first one. None of those felt like they were malicious, though. This one can be downright cruel. Getting all of the boxes is a very tall order that will whittle down the patience of many. The game is doable though, and you can choose to play it with lives or infinite checkpoints. Even if you do the latter, you’ll still need to beat a level with three or fewer deaths to get one of the gems. 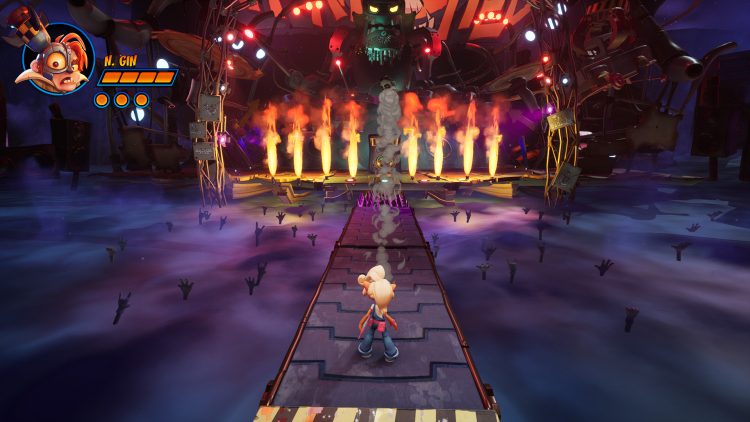 Gameplay-wise, Crash Bandicoot 4 perfectly encapsulates the feel and appeal of the original games. This isn’t some half-assed copy, the folks at Toys for Bob have Crash levels down to a science. The game simply contains hours of new levels that give fans precisely what they’re after. But this isn’t a rehash by any means. There are a lot of new mechanics on display here that, when combined with the increased difficulty, will give even the most adoring Crash fans a run for their money.

The biggest additions are the four Quantum Masks, which only Crash and Coco can utilize. These have multiple different functions: one swaps between making specific level objects corporeal or incorporeal, another lets Crash and Coco do a stronger spin that has unique uses. One slows time down to a crawl and lets you hop between rapidly falling platforms and even on top of nitro boxes, and the last flips gravity. These all fit the level design beautifully and do an astounding job of staying true to the classic gameplay while building on what can be done with it.

Then there are the three additional playable characters. An alternate universe version of Tawna shows up. She has a grappling hook and can wall jump. Dingodile is playable too, and he can suck boxes and TNT barrels up with his weapon and even hover. Finally, Cortex himself can use his blaster to turn enemies into platforms and air dash. All three get levels that mix with specific Crash and Coco ones, meaning you’ll play part of a previously-seen level from that character’s perspective before switching to Crash and Coco. They’re all fun to play as and feel unique compared to the purely classic gameplay style. You’ll also find rails to grind, which fits in quite nicely as well. 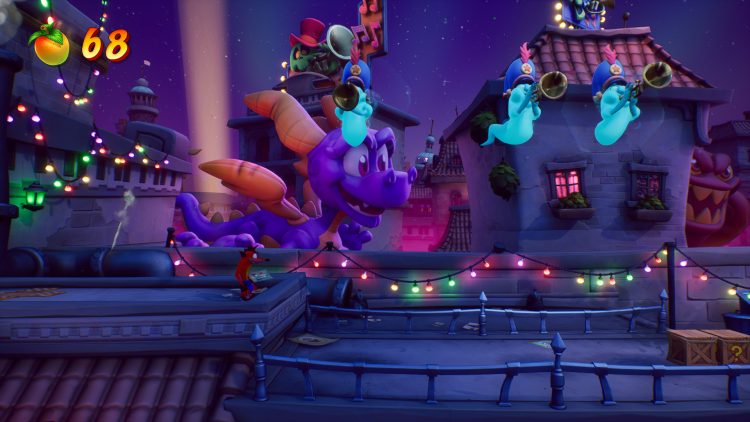 Crash Bandicoot 4 is exactly what the series needed. It does have some things that irk me. The difficulty gets on my nerves, and it can still be quite hard to see precisely what you’re doing due to classic Crash camera angles, but the biggest problems are unique to the PC version. The game is only on Battle.net and must always be online. If the network loses its connection for any reason during gameplay, you’ll be warned. Upon exiting a level, you’ll get booted back to the desktop. There’s no reason for this game to require a constant online connection.

But the crashes are worse. The game crashes frequently enough that I’m going to hold off on my deep dive until there are some patches. Just earlier today, I had the game freeze my entire PC the second I finished a particularly difficult level. Plus, if it crashes during a level, you’ll obviously have to start it over from the beginning. Regardless, Crash Bandicoot 4 is a great game with lovely visuals, pitch-perfect controls, and an exceptional return to form for the series. This version is just pretty iffy right now.

Crash Bandicoot 4: It's About Time

A great game, even if it's horribly frustrating a lot of the time. While it's a wonderful follow-up to a classic series, this port makes it a bit of a tougher sell than other versions of the game.

By Blake Grundman12 hours ago
Reviews