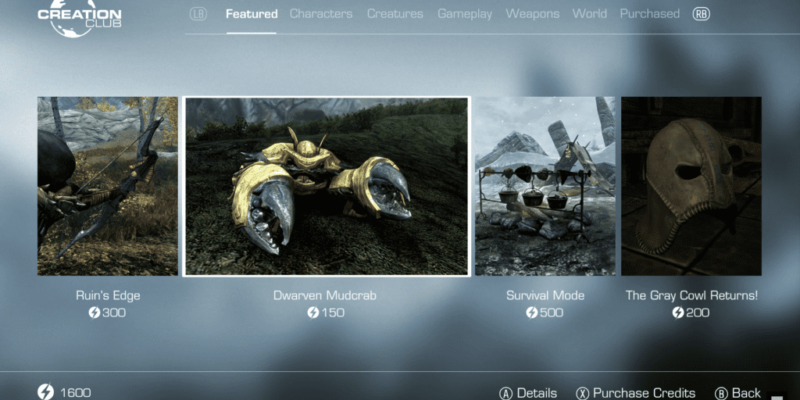 A pair of significant publisher actions affecting PC modding have occurred within days of one another this week. Bethesda, who’ve hungered for a way to make money from mods since their ill-advised attempt with Valve in 2015, introduced their ‘Creation Club’ platform at E3 on Sunday night. Today, there’s word of Take-Two sending a legal cease and desist notice to the team behind GTA V’s OpenIV tools, and news that this vital modding tool will subsequently be discontinued.

The relationship between publishers and modding communities has always been a slightly uneasy one. It is undeniable that modding continues to be a massive benefit to PC gaming, driving sales and keeping games relevant long after their launch. Bethesda’s own Skyrim is a prime example, and, while GTA V doesn’t exactly need help staying popular, there’s been intense interest around its roleplaying mods (among many, many others) on PC.

But these successes are always difficult to quantify in a way company shareholders understand: cold, hard balance sheets. 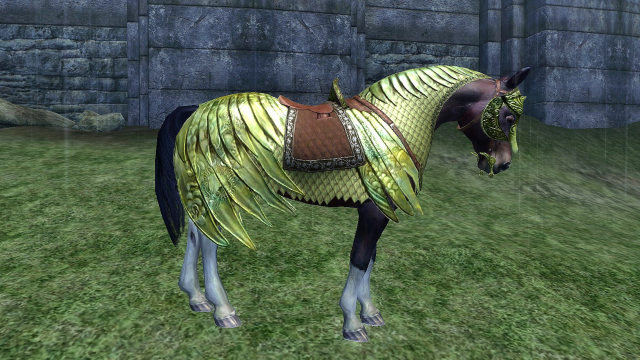 The businessman’s urge to commodify and commercialise everything knows no bounds. Even though PC players can point to overflowing GTA V streams and endless Skyrim and Fallout Nexus mods as proof that mods are driving sales, it’s very hard to turn that into numerical data. Additional copies of these games are clearly being sold, but without a mandatory questionnaire asking everybody “are mods a factor in this purchasing decision?” it’s tough to put a number on that self-evident truth.

Consequently, Bethesda’s (or ZeniMax’s) money men are looking at mods and wondering why the company hasn’t cashed in on all these free creations. Except they won’t be called creations or artistic works in the dry world of internal corporate meetings. Betraying the soulless nature inherent to the corporate class, they will be calling mods ‘content’. Or, worse yet, ‘untapped monetisation streams’.

Take-Two, meanwhile, have a different concern. Despite net revenues of $1.78 billion last year, CEO Strauss Zelnick recently uttered the following chilling sentence: “We are convinced that we are probably from an industry view undermonetising on a per-user basis”. Again, in case you glossed over it, 1.78 billion dollars in 2016-17.

GTA V PC mods are free. GTA V PC mods might provide players with a distraction from the sort of cosmetic items Take-Two would much rather be selling them. GTA V mods, if you’re CEO Strauss Zelnick, are a big problem. 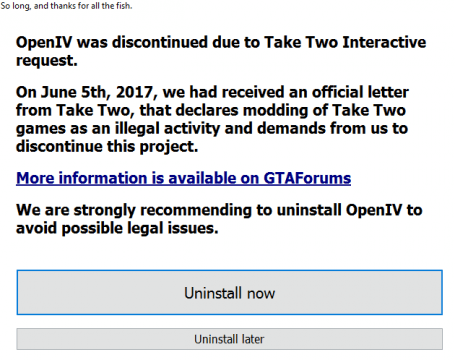 The semantic argument seems to be that because Bethesda aren’t using the word ‘mods’ for the weapons, apparel, characters, and so on that appear in Creation Club, then it can’t possibly be paid mods. Flawless logic. Instead, the whole thing is being framed as a sort of outsourced DLC. Outsourced DLC that just happens to overlap with territory familiar to the modding scene.

If your main problem with the ‘paid mods’ idea was Valve’s hilariously unregulated system that took roughly five seconds to devolve into copyright theft and chaos, then Creation Club should at least assuage those fears. Bethesda plan for it to be heavily curated, with a full, multi-stage submission process that will more than likely weed out any shields with My Little Pony on them. The logistical process, at least, looks way ahead of Valve’s effort.

But structural competence doesn’t address the multi-layered question of whether mods should be for sale to begin with. You’ll find every hue of opinion out there, but the broad (very broad) thread seems to be that players are sympathetic to modders being compensated for labour, but tend not to want to give Bethesda a cut. Complicating matters further, many mod creators say they’ve never done this with the intent to make money. Others, of course, would love to earn a living (or some extra income, at least) that way.

No such opportunities for the makers of GTA V’s OpenIV, who have ceased and desisted after being encouraged to do so by Take-Two lawyers. Take-Two’s attack is a precise one. Without the OpenIV modding tools, mods in development that make use of the tools will be stopped in their tracks, and huge numbers of older mods rely on OpenIV. Take-Two’s legal team have, effectively, destroyed the main GTA V modding supply line.

Rockstar have always professed themselves to be broadly supportive of GTA V mods as long as they do not “give players an unfair advantage, disrupt gameplay, or cause griefing” in GTA Online. According to Take-Two’s legal letter (which, it should be said, hasn’t been published in full anywhere), OpenIV is a threat because it can “allow third parties to defeat security features of its software [GTA V] and modify that software in violation Take-Two’s rights”.

Whether that’s the case or not (and it very much seems like it isn’t), it seems naive to think that GTA Online hacking will suddenly be shut down by targeting mods. And when the legal assault on mods begins just days after the Take-Two CEO expresses a desire to squeeze even more money from each player, the “security” motive looks a lot more suspect. 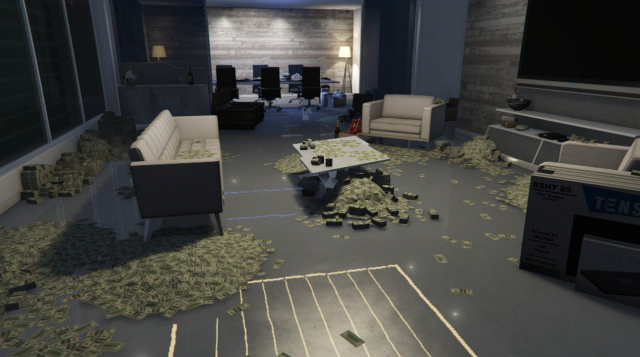 Exclusive footage from the Take-Two boardroom.

Two publishers with two different approaches to bringing modding under their control; one with a financial carrot, the other with a legal stick. Neither are popular with the players.

Anybody predicting where Bethesda and Take-Two PC modding goes from here is either bold, or foolish. But these actions, coming so swiftly after one another, do feel like a turning point. Mods are an extraordinarily important aspect of PC gaming, so attempts to blur the lines between modding and DLC feel like a direct threat to that environment. Legal strong-arming, meanwhile, plainly is a direct threat.

For now, it’s two of the larger publishers further testing the boundaries of control. But success is always imitated, and if Creation Club takes off then it will attract the eyes of other major companies. Likewise, if Take-Two’s GTA earnings skyrocket after clamping down on mods, shareholders will take note.

Those who don’t want to see that happen have few options available. Players theoretically hold financial power over these business entities; but without significant organisation, they’re just disparate individuals who are easily ignored. Pushing back against these latest corporate intrusions into modding would involve co-operation and co-ordination on a grand scale. Valve folded under pressure and shelved their third-party ‘paid mod’ plans. Overturning Bethesda or Take-Two’s actions looks like a much harder task. 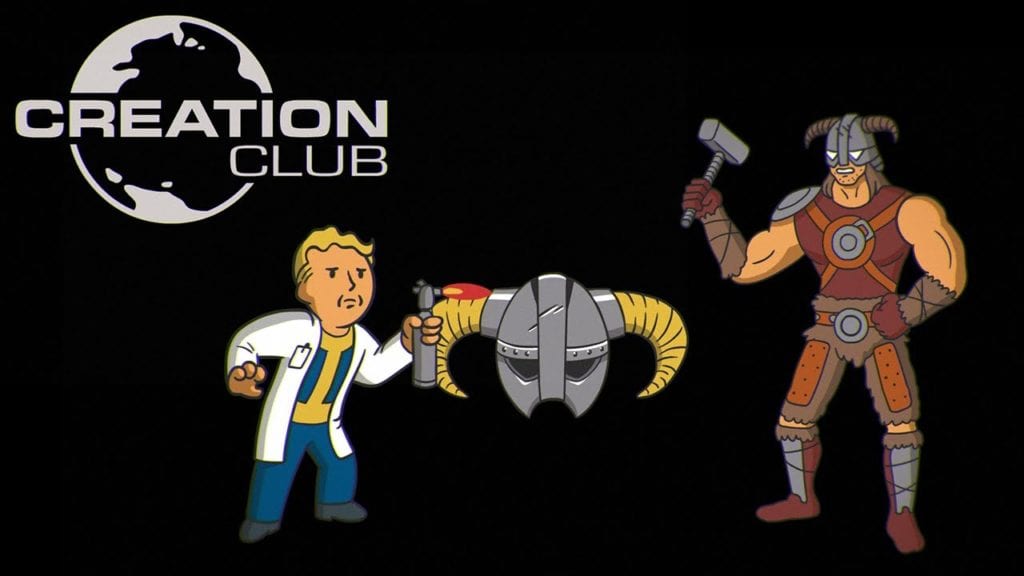