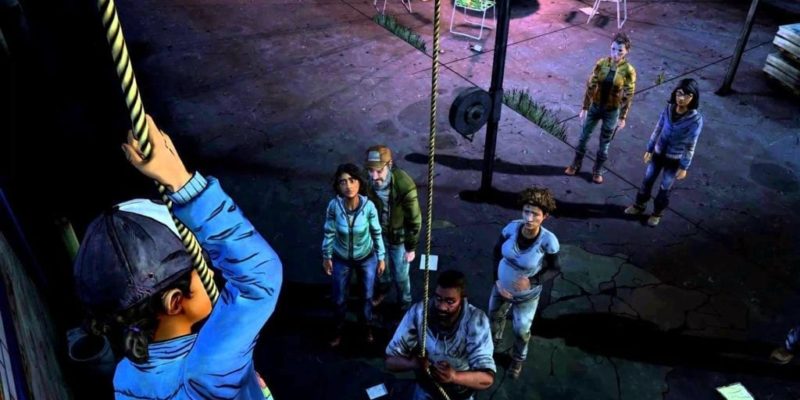 Episode Three, ‘In Harm’s Way’ available for download on Consoles, PC/Mac, and the iOS App Store this week

Leading publisher of digital entertainment Telltale Games and Robert Kirkman, the Eisner Award-winning creator and writer of The Walking Dead for his Skybound imprint at Image Comics, today announced the release of  ‘In Harm’s Way, ‘ the third of five episodes of  The Walking Dead: Season Two – A Telltale Games Series.

The episode is available now on Xbox Games Store for Xbox 360, on the PlayStation Network for PlayStation 3, on PC and Mac from the Telltale Online Store, Steam, and other digital distribution services. The episode will also be available on the App Store for compatible iOS devices Thursday, May 16th.

The Walking Dead: Season Two – A Telltale Games Series continues the story of Clementine, a young girl orphaned at the outset of the undead apocalypse, left to survive in a world gone mad.  Players will struggle to outwit both the dead and the living in situations that will test their morals and control the flow of the story through the choices that they make.

The third episode,  ‘In Harm’s Way,’ has received high critical praise in the press with  Machinima awarding it a  10 out of 10 score, exclaiming , “Holy crap. I should probably end the review there, because that’s all I kept saying…”  Also,  IGN scored the episode an  Editor’s Choice 9 out of 10, saying, “In Harm’s Way’ is another excellent episode of Telltale Games’ The Walking Dead with superb character moments.”

To date,  The Walking Dead: A Telltale Games Series  has sold more than 28 million episodes worldwide, earning more than 90  Game of the Year awards from outlets including  Metacritic, USA Today, Wired, Spike TV VGAs, Yahoo!, The Telegraph, Mashable, Polygon, Destructoid and GamesRadar, and was also the recipient of two  BAFTA Video Games Awards for  Best Story and  Best Mobile Game.

The Walking Dead is set in the world of Robert Kirkman’s award-winning comic book series and offers an emotionally-charged, tailored game experience where a player’s actions and choices affect how their story plays out across the entire series.

Sword Art Online: Hollow Fragment to Be Released in Europe and Australia

Titanfall: Expedition Available on May 15