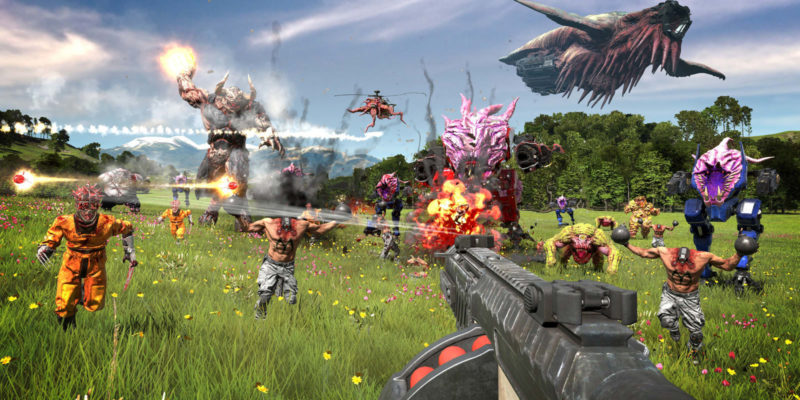 This August will see some serious fun coming your way. Fresh off the reveal that Serious Sam 4: Planet Badass will be heading to PC and Stadia in August, publisher Devolver Digital and developer Croteam are showing off more of the bombastic first-person shooter. In a developer gameplay update, the team showed off more of how the game will look, with combat, weapons, enemies, features, and more. It seems to compile several smaller videos previously available on Steam.

Various developers from Croteam discussed the game’s ongoing development. From Chief Creative Officer Davor Hunski to Sound Designer Damjan Mravunac, we get a quite substantial look into the different elements of Serious Sam 4. For veterans returning for a fourth outing, you probably know what to expect. Trademark weapons such as the mini-gun, AA shotgun, and the assault rifle are back. The rocket launcher and cannon will also come in handy as you fend off the hordes. That said, Serious Sam 4 will, of course, bring its own additions to the arsenal.

As for the demons, familiar faces are aplenty as well. The Headless Kamikaze, Beheaded Rocketeer, Kleer, Scrapjack, and Werebull are back. New alien invaders, like the Processed and Belcher, will also join the fun. With Croteam’s Legion system, which will be able to generate over 10,000 enemies during gameplay, things will only get more chaotic as the battlefields are filled with bloodthirsty demons. A spectacle that you can play and enjoy, hopefully, that does not melt your machine.

Even the sound will be geared towards making the player feel the intensity of facing off against such odds. With the adrenaline-pumping action and the banging effects and soundtrack, Serious Sam 4: Planet Badass already sounds like a fun time. 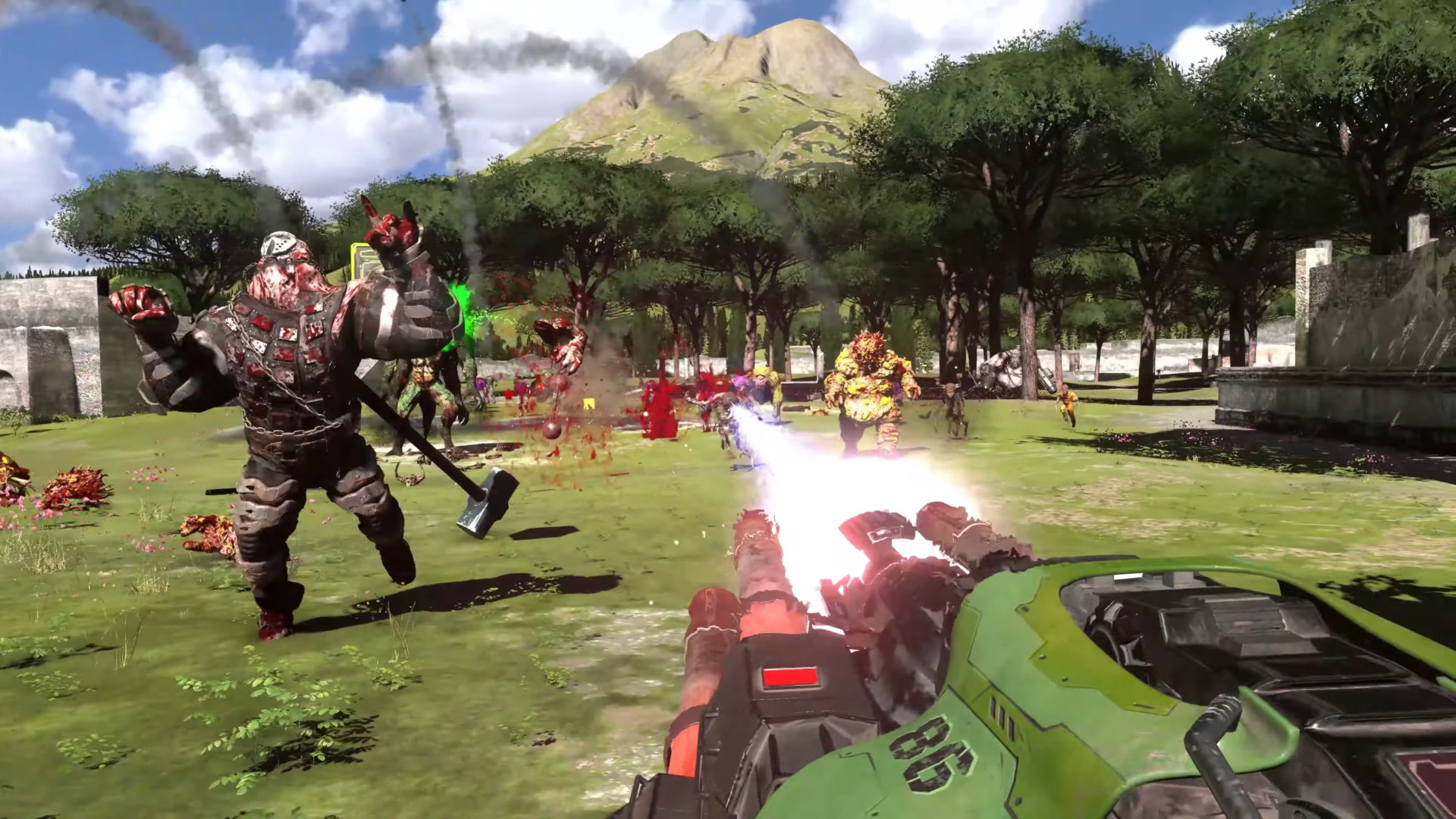 The big kicker is that Serious Sam 4 will be a PC and Stadia exclusive, at least for the time being. Serious Sam 4: Planet Badass is a timed exclusive when it launches in August 2020. For console players, the game will launch in 2021.

By Laura Shortridge-Scott43 mins ago
News