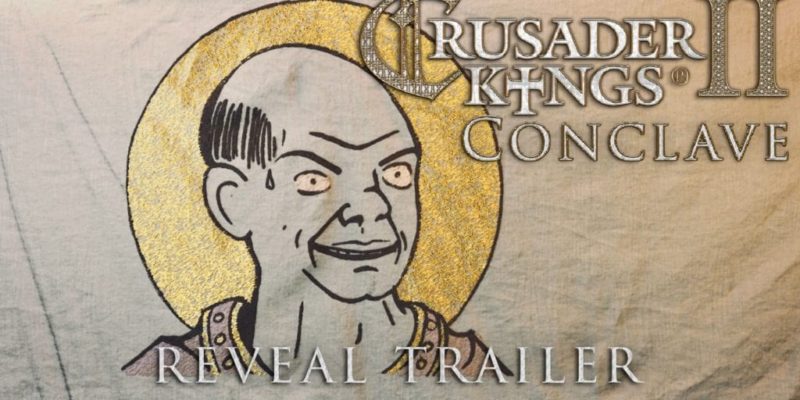 Paradox are back with another expansion called Conclave for the hugely popular Crusader Kings 2.

In Conclave the royal council are demanding a say in how players rule the realm and keeping them happy might just prevent a civil war. Keeping these vassals in check and giving them a seat at the table, regardless of their competence, will be key to success.

Other new additions include a revised education system with new traits and events designed for the royal children, a new diplomatic system that prioritizes marital alliances and non-aggression pacts, an improved military combat model with an emphasis on morale including new rules for mercenary companies, and more tweaks to AI decision making.

It sounds like there’s even more to worry about when it launches “early 2106”.

Dying Light: The Following gets prophetic in latest trailer