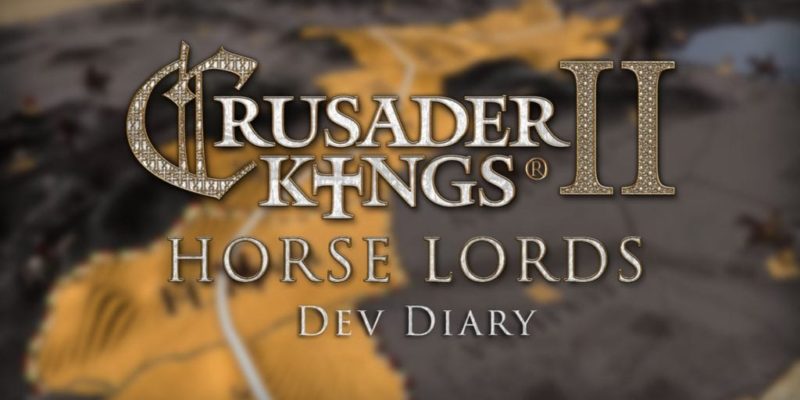 Paradox have offered up a new dev diary, showing off the new features of Crusader Kings 2: Horse Lords.

The big thing about the Horse Lords is that they don’t really “do” holdings like cities, temples, and castles. They just have a population… somewhere. To raise armies, the nomads just pull it from their manpower pool. However, prestige is important, because prestigious children are the ones who inherit, so you might want to send your favourite son out to work as a mercenary. You’ll also have to worry about other clans and negotiate with them, possibly by swearing blood oaths or maybe starting a blood feud. You can raid or destroy holdings to get yourself some resources or create a better area for your population, too.

The Silk Road has been added, facilitating trade between Europe and China. All nations along the way can build trade posts as if they were merchant republics… but if holdings along the road gets occupied, trade gets re-routed along the other path, which lets you screw with people further down the Silk Road.

Also, you can force other nations to become tributaries by declaring that as a focus of your war. If you win, they become a tributary of yours.

In terms of free stuff, even for those who don’t buy the expansion: lots of bug fixes, more provinces in the Tarim Basin and western Mongolia, the ability to build forts in either hostile territory or your territory, changes to the way characters lead regiments, lots of “convenience” features to improve the UI, and – inevitably – loads more.

You can see the dev diary below for a better idea of what’s included in the free patch, and what’s coming in the Horse Lords expansion.

Crusader Kings 2: Horse Lords is due out on 14 July.