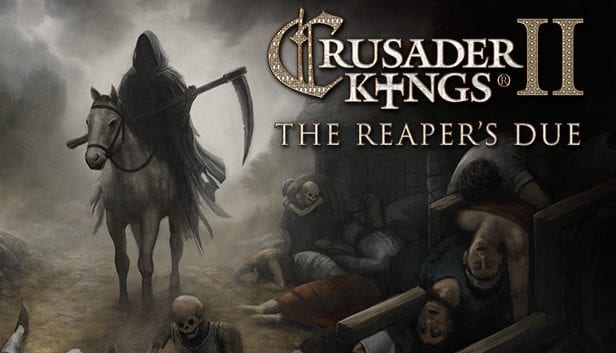 The previously-teased Crusader Kings 2 add-on The Reaper’s Due now has a confirmed release date of 25 August (but still no price). As usual for a Paradox DLC release of this sort, the game will get a free patch on the same day which will add a few additional features.

In The Reaper’s Due, the bubonic plague will become an issue for your realm to deal with (or try to hide from, if you want to just lock yourself up inside a castle for a bit). You’ll need to invest in hospitals and Royal Physicians in order to dodge the effects, and new Event chains will challenge your ability to rule in a medical crisis.

That’s all paid stuff. The Crusader Kings 2 update coming on the same day will add the following.